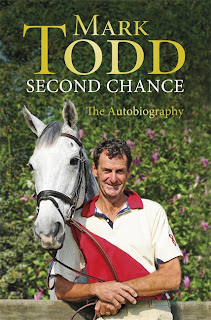 Mark Todd is a double Olympic gold medallist, the only rider since 1932 to have won back-to-back individual titles, which he did at Los Angeles and Seoul on his magical horse Charisma.  He is also, with victories spanning 31 years, a four-time winner of Badminton and five-time winner of Burghley.  He is simply in a class of his own.

In 2000, after the Sydney Olympics, he retired from eventing to take up a career as a racehorse trainer and breeder here in New Zealand, where he has had a great deal of success, producing a classic winner in only his third season.  However, a chance suggestion led him to challenge himself to make a comeback and to ride at the Beijing Olympics.  Not only did Mark Todd make it to the Olympics in 2008 but last year, at the age of 55 and 31 years after his first win, he won Badminton on NZB Land Vision.

Currently based in the UK, Mark Todd is simply one of the best loved and most admired equestrians of all time.  His unsurpassable triumphs have been rewarded with an MBE (1984) followed by a CBE (1995) and then, in 2000, being voted the 'Event Rider of the 20th Century' by the FEI (Fédération Equestre Internationale).  Now back with a string of top-class event horses, he is competing once more at the very highest level and is amongst the favourites to win a third Olympic gold at London 2012.

Here, in his autobiography, Mark Todd’s progress from dairy farmer to world renown is told with typically laid-back humour, but it also reveals the fierce determination, discipline and personal sacrifice which lies behind the relaxed outlook.