Tor rips up the rulebook on digital rights management 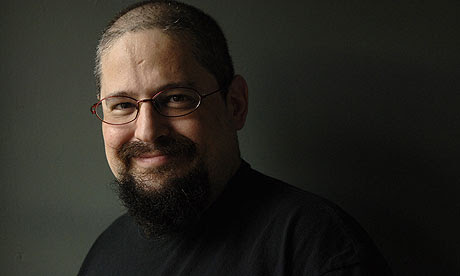 Tor, the world's biggest science fiction publisher and home to authors including Orson Scott Card, China Miéville and Cory Doctorow, has shaken publishing with the news that its entire list of ebooks is to be made digital rights management-free.
Tor, whose parent company Macmillan is currently fighting a lawsuit over accusations of ebook price fixing, is the first major publisher to drop digital rights management (DRM) from its ebooks, and the move prompted predictions that others would soon follow suit. JK Rowling's recently launched ebooks, sold exclusively from her site Pottermore, are already DRM-free.
DRM is the way publishers currently protect their ebooks from piracy; it limits the sharing of titles between electronic devices.
The decision will cover Tor, Forge, Orb, Starscape and Tor Teen ebooks from July 2012, the publisher said, as well as Tor UK titles. "Our authors and readers have been asking for this for a long time," said president and publisher Tom Doherty. "They're a technically sophisticated bunch, and DRM is a constant annoyance to them. It prevents them from using legitimately-purchased ebooks in perfectly legal ways, like moving them from one kind of ereader to another."
"The pressure to do it has come from readers and authors," agreed Jeremy Trevathan, publisher at Tor UK's parent Pan Macmillan. "It's partly prompted by the launch of Pottermore, which JK Rowling has made completely DRM-free. The evidence from there seems to be that in fact piracy has gone down."
Full story at The Guardian
Posted by Beattie's Book Blog at 7:34 am