Mein Kampf to be re-released with notes countering Hitler's arguments 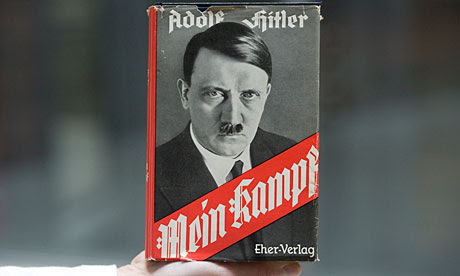 Mein Kampf, one of the most notorious polemics of all time, will enjoy mass distribution in Germany for the first time since the second world war following a decision by authorities to publish an annotated version of it, as well as bringing it out in ebook and audio formats.
The copyright on Adolf Hitler's autobiographical work, which is currently owned by the Bavarian state finance ministry, expires in 2015. Authorities in the southern state, which have long struggled with how to deal with it, are now planning a highly controlled re-release of the book after that date in an effort to stop it being exploited by rightwingers.
Publication has been forbidden in Germany since 1945 as has flaunting it in public or displaying it prominently in a shop window.
Critics of the ban have long argued it was ripe for overturning, particularly at a time when it is readily available in other countries and the book is downloadable on the internet.

Full story at The Guardian.
Posted by Beattie's Book Blog at 8:51 pm