The digital world has invigorated publishing, not doomed it


Authors need our resources, our expertise and our marketing experience now more than ever 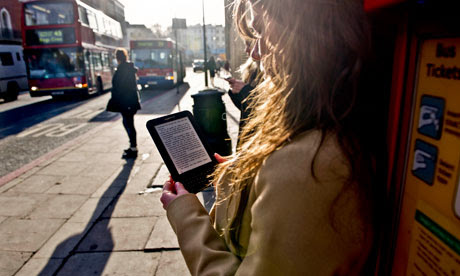 'Ebook sales have increased by over 300% for the second year running.' Photograph: Sarah Lee for the Guardian

Your feature article conveyed an inaccurate picture of the publishing industry experiencing a crisis of "digital storm clouds gathering overhead", and which is about to be "swamped by self-publishing...an idea whose time has come" ('No one's said the word crisis': book world struggles to adapt to new lines, 19 April).
In fact, while digital technology most certainly is changing the face of publishing, this is a process which is as much being done by publishers as being done to them. What is more, the role of publishers will become more, not less, important as the digital marketplace expands.
With ebook sales increasing by more than 300% for the second year, publishers delivering new revenue streams through ebook apps, and academic publishers long having derived some 90% of their revenue online, it is a travesty to describe all this as the publishing world being "in denial" about digital.
Your article ignores the fact that, as well as delivering to reader-consumers, publishers will continue to provide creative support to ambitious authors. As author Val McDermid told MPs recently: "To say that you can just send your books into the marketplace without any mediation is a colossal arrogance".
Publishers will also continue to provide financial support to authors, paying advances so they can dedicate their lives to writing before the royalties come rolling in (and incidentally never asking for the money back if they don't). And, as the digital world increases access to a global audience, publishers can use their expertise to assist with the negotiation of rights contracts with international publishers and translators.
In the online world, the marketing and distribution role of publishers will become even more important: with more than 100,000 titles published each year, successful works will be those that cut through the online clutter. Again, some authors will be able to achieve prominence through their own efforts, but for many, a publisher's expertise will be a welcome alternative.
More at The Guardian.
Posted by Beattie's Book Blog at 7:42 am