CURMUDGEON THIS WEEK IN THE LISTENER 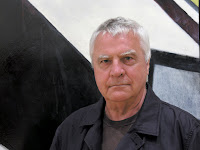 Has a pop at the mean bastards at Creative New Zealand who are paying the two artists going to the Venice Biennale something like one third of what they would earn for the same time at McDonalds on the minimum wage. The army of staffers servicing the event are on real pay though - not that they shouldn't be - but why do the artists - who it is all about - have to inevitably be at the very bottom of the food chain?


OTHER MEAN BASTARDS
On the subject of mean bastards The Bookman would like to add Fairfax Media, owners of, amongst many other things, the Sunday Star Times.
Until last week Bookman Beattie was the crime fiction book reviewer for the Sunday Star Times.
I had been doing this for the past couple of years for books editor Finlay Macdonald. I was paid the princely sum of $250 for five crime fiction book revews.I often pointed out to Finlay Macdonald that this was hardly a fair rate of reimbursement as it took me a full day to read each book and then another hour or so to write up the review of each title. So for about 45 hours effort I was paid $250 or $5.21 cents an hour, less than half the minimum wage. He agreed but said his hands were tied by the budgets imposed on him.

Then Finlay Macdonald stepped down as editor and Mark Broatch was appointed to replace him. Mark contacted me and said he would like me to continue doing the crime fiction reviews but sadly he could now only offer me $170 for five reviews because of cuts to his budget. The hourly rate he was offering me works out at $3.77. You can probably imagine where I suggested he could put his miserly offer. Needless to say The Bookman is no longer reviewing for the Sunday Star Times.
Yes, Fairfax Media, definitely mean bastards.
Posted by Beattie's Book Blog at 4:49 pm

do these guys not realise a) how much is at stake that we choose to review a book (ie we have little time and only select ones which look like they are worth it?) and how much our time is worth. Take you, Bookman. OMG - to be included in your blog is up there as the highest of highest.

To their peril they have minimised your contribution to the literary world.

Why not just review three books and write a little bit more on each? That cuts out two days' reading time and it's generally more enjoyable to write more about a book anyway. I'm not sure any NZ publication -- excepting, perhaps, The Listener -- pays rates that reflect the effort involved in reviewing, but is money the point?

good on you Bookman for turning down the reduced offer. I don't think being paid for reading time is entirely realistic, but even so $170 is pathetic.
Lee

big Australian companies are not noted for their benevolence, social awareness or forward thinking. The old saying, "if you pay peanuts you'll get monkeys" applies.

People are reviewing books for free on blogs. Unless you can show that you bring actual _readership_ to the paper, you aren't going to get paid more. In fact, they can probably justify paying you less if the articles aren't pulling in the readers.

Reactions to comments from me:
Anon CM - The SST wanted 5 books reviewed not three.
And yes money is the point - I am a professional book reviewer.The inco=me I earn from my reviews is one of my main sources of revenue. I also review books free on my own blog but I review books on a professional basis for Radio NZ and the NZ Herald, and id until recently for the Sunday Star Times.

Anon - I know as well as anyone that peolle are reviewing books for free on blogs, I do it myself frequently. That is not the point. If you are reviewing for an enormous multi-national media organisation you should be paid, at least at the going rate, not for less than $4 per hour. Would you worek for $4 an hour?