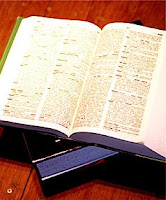 Image - Fairfax Media
RETHINKING: If we re-spell to match our pronunciation, and re-pronounce to match our spelling, we will end up with a more straightforward system.

OPINION:
If English spelling cannot be trusted to tell us clearly how to pronounce words, then our only recourse is to pronounce words the way they are spelt.
The phenomenon is known as "spelling pronunciation" and goes back at least to the introduction of obligatory education in the 19th century.
Two examples will serve to make the general point. The first concerns the little girl who had a little curl right in the middle of her forehead; when she was good she was very, very good, but when she was bad she was horrid.
"Forehead" rhymes with "horrid", as it did for some speakers well into the 20th century. For the majority of speakers, though, it rhymes with "saw red".
The other case is the case of the waistcoat, once pronounced as "weskit". In both cases, the modern pronunciation has been remodelled on the spelling.
The two examples given above have taken place in British English as well as in New Zealand English, but there are some cases considerably more common in New Zealand than in Britain. Instances affecting names are particularly common.
The names Davis and Davies, Johnson, Johnston and Johnstone are often distinguished in New Zealand, but much less frequently in Britain.
In Britain, Anthony is usually pronounced just the same way as Antony, with the "th" as in Thames; here it is usually pronounced with the "th" as in "anthropology".
The British place Trentham is pronounced with the "th" as in Thames, whereas here it is not.
In Wellington we have Marjoribanks St, usually pronounced as if it started with the name Margery, though there are still some Wellingtonians who pronounce it as though it started with March.
We also have Reading St, now pronounced like the Reading cinemas, following the town of Reading in England, but once, I believe, pronounced like reading a book. But Beauchamp St is still pronounced as Beecham.
We occasionally hear the "l" pronounced in Palmerston, and usually hear the "qu" in Jacqueline pronounced as in "quick", which follows an American but not a British pattern.
My colleague Janet Holmes is frequently addressed by New Zealanders with the "l" in Holmes pronounced, though she herself does not pronounce it.
Laurie Bauer is a linguist at Victoria University.
To read the rest of his interesting story, and the reaction to it, go to Stuff.Co.NZ
Email your questions about language to words@dompost.co.nz
Posted by Beattie's Book Blog at 10:19 am