The Sunday Times
May 24, 2009
Call for Oxford poet to resign after sex row 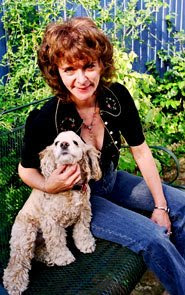 Padel says she regrets having alerted journalists to the allegations made against Walcott here with the id "dynamic-image-navigation" is used so that the innerHTML can be written to by the
THE new Oxford professor of poetry is facing high-profile demands for her resignation after it emerged that she alerted journalists to sexual allegations against her main rival during her campaign for the post.
Ruth Padel had previously denied mentioning the claims of sexual harassment against Derek Walcott, the St Lucia-born Nobel laureate. She said she had “nothing to do with any behind-doors operation”.
It has now emerged, however, that Padel sent e-mails to at least two newspapers, drawing attention to Walcott’s past. He was her strongest challenger for the 300-year-old post. Days later, the harassment allegations appeared in the press and Walcott withdrew.
Some of those who once backed Padel, including Lord Bragg, the broadcaster, and Sir Jeremy Isaacs, former chief executive of Channel 4, have now abandoned her.
Bragg, a Labour peer, who studied at Wadham College, Oxford, said: “Even her mentioning Walcott’s past in advance of the election was disgraceful. She should now stand down from the post. A shame, but there it is.” Isaacs said: “She should consider her position. I’m very upset to learn this.”
The full story from The Sunday Times.
Posted by Beattie's Book Blog at 8:28 pm