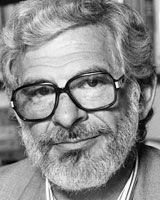 Dr Terry Sturm, CBE, professor of English. Died aged 67.
Almost every student of English since 1980 at Auckland University would have felt Terry Sturm's influence during their studies.
He held a professorial chair at the university from 1980 until his retirement in 2005, and was an eminent critic and scholar of Australasian writing, especially New Zealand popular fiction.
He played a leading role in placing New Zealand literature at the centre of the academic curriculum.
He edited various standard literary reference works including two editions of The Oxford History of New Zealand Literature in English, and the drama section of the Oxford History of Australian Literature. His literary biography An Unsettled Spirit: The Life and Frontier Fiction of Edith Lyttleton was the product of 15 years of research in New Zealand, Australia and England.
In 2005, he edited a selection of Allen Curnow's verse written under his pseudonym Whim Wham.
Assisted by a Marsden Fund grant, Sturm spent the past few years researching and writing a definitive literary biography of Allen Curnow.
His work met a setback when the memory stick from his computer was stolen last August, taking a large part of the first draft with it. The biography, if published, will be the first full-length study of Curnow's work.
Terence Laurie Sturm was born in Auckland in 1941 and went to school in Henderson. He completed his MA at Auckland University before undertaking postgraduate work at Cambridge University and at the University of Leeds, where he received his PhD.
He lectured in English literature at Sydney University from 1967 and left in 1980 to take his chair at the University of Auckland.
Sturm was involved in literary arts administration for many years. He was on the NZ Literary Fund and the Queen Elizabeth II Arts Council and in 1997 became first convener of the Humanities Panel of the Marsden Fund.
In 1990, he was made a CBE in recognition of his services to literature.
John Morrow, dean of Auckland's arts faculty, said Sturm was deeply valued as a colleague and a friend.
He is survived by his wife Linda and sons Jonathan, Mark and Tim
Posted by Beattie's Book Blog at 1:43 pm