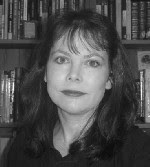 Banquo’s Son will be published in New Zealand by Penguin Group (NZ), October 2009.

Getzler said, “I am thrilled to be representing Banquo’s Son and its sequels. I believe Roxborogh’s characters are complex; the emotions are real; the friendships, love affairs and heartbreaks transcend the 11th Century exactly as they should. It is absolutely clear to me that this is a book, and a series, with the potential to break through into the zeitgeist.”
He continued, “I knew I had a real winner in Banquo’s Son when I walked into our office to find one of our young interns, a girl just out of high school, sitting on a chair with tears streaming down her cheeks, rocking back and forth and saying, over and over, ‘Why didn’t he just DUCK?’”
Banquo’s Son is the story of Fleance, Banquo’s son in Macbeth, who escaped from the men who murdered his father near the Castle of Forres and ran away to England to live with a poor family. He’s no longer a child, and is out for revenge. Many of Shakespeare’s characters reappear as Flea (as he is now known) returns to Scotland, but this is a fast-moving, action-packed thriller, only with chivalry.

About Writers House
Ken Follett, Stephenie Meyer, Nora Roberts, Neil Gaiman, Stephen Hawking, and Christopher Paolini are just some of the extraordinarily successful authors on the books at literary agency Writers House, where much-loved bestsellers, award-winning thrillers and record-breaking sales have become a way of life. Getzler has been at Writers House since January 2007, and represents authors ranging from literary novelists to thriller writers, to serious non-fiction authors to middle-grade mystery and fantasy writers.

About the author:
T.K. Roxborogh (pic above) lives in Dunedin, New Zealand, and has been
an English and Drama teacher since 1989. She is the author of
over twenty published works across a range of genres: novels,
plays for the classroom, Shakespearean texts, English grammar
books and adult non-fiction. She teaches at a secondary school,
writes at every opportunity and, with her husband, runs around
after two teenage daughters and two border collies.
Posted by Beattie's Book Blog at 4:36 pm

Indeed, a big "wow" and congratulations to Tania!