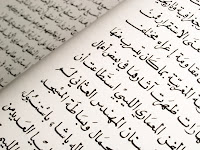 Arabic language events at BEA, NYC
ABU DHABI: “It is very difficult to get American publishers to come to the United Arab Emirates,” said Beatrice Stauffer, the program manager for Kitab and The Abu Dhabi International Book Fair (ADIBF), “That is why we’re taking our story to New York.”
Stauffer is one of dozens of publishing professionals hopping Etihad or Emirates flights to New York for this month’s BookExpo America, which is this year focusing its Global Market Forum on “Book Publishing in the Arab World.”
The day long series of events on Friday, May 29 opens with a ceremonial ribbon cutting by Amr Moussa, Secretary-General of the Arab league, and will be followed by panel discussions covering literary translation, children’s books, logistics, and copyright. An end-of-day “matchmaking” session to pair Arabic publishers with potential business partners from the US.
The ADIBF team won’t be going it alone. They will be joined in New York by numerous Emirati, including representatives from the Arab Children’s Book Publishers Forum (Sharjah), Kalima (Abu Dhabi), Tarjem (Dubai), the Dubai International Children’s Book Fair, and the Sharjah World Book Fair.
BEA says publishers from least ten Arabic-speaking countries, including Algeria, Egypt, Lebanon, Saudi Arabia, and Tunisia, are also expected. Collectively, it is likely the largest constituency of Arabic publishers to ever attend a publishing event in the United States.
The hope for all those dirhams invested in travel is that it will be enough to change some people’s minds.
“Many Americans are still uncomfortable doing business in the Middle East,” said Stauffer. “The important thing is to see people face-to-face, that is how trust develops and business gets done.”
The next most important thing, from her point-of-view, will be to convince some Americans to make the return trip to Abu Dhabi next March, for both the Abu Dhabi International Book Fair and the 7th International Publishers Association Copyright Symposium, which precedes it.
“If they come,” said Stauffer, “they’ll be able to see first hand, just how hard publishers in the region are striving to do things right.”
Posted by Beattie's Book Blog at 8:36 am