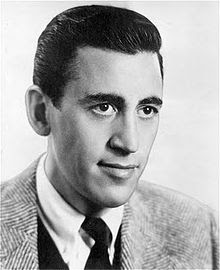 Jonathan Karp at Simon & Schuster has acquired David Shields and Shane Salerno's The Private War of J.D. Salinger. The biography, which is set for September 2013, has been in the works for eight years and has been discussed in Newsweek and Time.

S&S said the book features interviews with over 150 people who knew Salinger (or at least worked with him), and it will be published along with a documentary directed by Salerno that PBS will air on its series, American Masters.

Jofie Ferrari-Adler, a senior editor at S&S, will be editing the book, which Karp and Ferrari-Adler had "been pursuing for years," S&S said. S&S took world rights, preemptively, in a deal negotiated by Salerno.

Salerno, a screenwriter (who has a credit on the recent Oliver Stone film Savages), began interviewing people who knew Salinger in 2004. Working with Shields, who has written 14 books, the pair began turning the interviews into what S&S called "an oral biography." But the book and film are not just about Salinger, as Ferrari-Adler explained. The documentary and book "arean investigation into the cost of art and the cost of war... Through the prism of Salinger’s life and his experience at war, the authors are presenting a personal history of the twentieth century."

S&S will be selling world rights at the London Book Fair.

More at LA Times
Posted by Beattie's Book Blog at 5:33 am