B&N to Close 200-Plus Stores in Next Decade 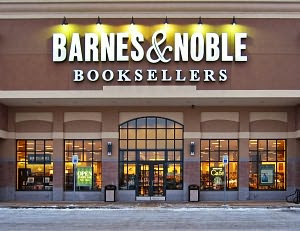 Over the next decade, Barnes & Noble will likely close a third of its 689 general retail stores, or about 20 a year, Mitchell Klipper, CEO of B&N's retail group, told the Wall Street Journal. Slimmed down to 450 to 500 stores, the retail stores represent "a good business model," he said, emphasizing that today only about 20 B&N trade stores--3% of the total--lose money. B&N also operates some 674 college stores, which are run separately from the general retail stores.

As recently as 2009, when the economy tanked, B&N was opening 30 or more stores a year. Since then it has had a net loss of 35 stores, and in this fiscal year it opened only two stores. Discussing the change from the era of frenzied book superstore expansion, Klipper said, "You have to adjust your overhead, and get smart with smart systems. Is it what it used to be when you were opening 80 stores a year and dropping stores everywhere? Probably not. It's different. But every business evolves."

The interview might be intended calm concerns about B&N's retail business, following a disappointing holiday season, when B&N retail sales fell 10.9%, sales of non-Nook products in stores fell 3.1%, and Nook sales overall fell 12.6%. Some people inside and outside the business have begun drawing comparisons with former B&N rival Borders Group, which closed in 2011, after a succession of problems, including strong competition from online book retailers and from e-books.

Klipper maintained that because many consumers read both e-books and printed books, "we're going to be around for a long time. Digital is a convenient format. It could be expanding the market in fiction. I think the combined book market is growing."

B&N will have many opportunities in the near future to close stores in an orderly way: over the next three years, 442 of its store leases--almost two-thirds of the total--are up for renewal. In negotiations with landlords, the company has an advantage because many malls like having bookstores, which draw traffic. As Klipper put it: "You go to Barnes & Noble to forget about your everyday issues, to stay a while and relax. When you go to Bed Bath & Beyond, you don't sit down on the floor and curl up with your blender and your kid."

B&N is "Fully Committed" to Retail

Barnes & Noble has reacted to an article in the Wall Street Journal that quotes B&N retail group CEO Mitchell Klipper as saying the bookstore chain will have 450 to 500 stores in 10 years by stressing that the company’s management “is fully committed to the retail concept for the long term.” A spokesperson noted that B&N has been closing about 15 stores annually for 10 years, a figure that includes a number of unprofitable stores as well as some relocations.
More at PW
Posted by Beattie's Book Blog at 5:54 am