Pride and Prejudice at 200: looking afresh at Austen's classic 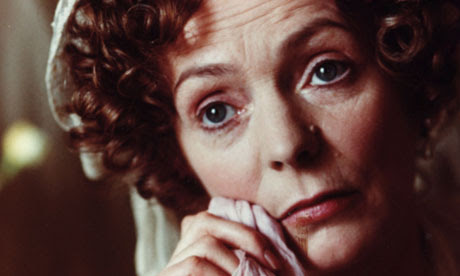 Read the opening chapter of Pride and Prejudice, and you might feel that there's nothing more to be said about Mrs Bennet. After all, Austen's narrator signs off her beautifully pitched dramatic exposition of Elizabeth's parents with something that sounds like a categorical declaration: "Her mind was less difficult to develope [sic]. She was a woman of mean understanding, little information, and uncertain temper. When she was discontented she fancied herself nervous. The business of her life was to get her daughters married; its solace was visiting and news." Indeed, had this been Austen's previous novel, Sense and Sensibility, there probably wouldn't be anything more to be said, since that story, at least in its early sections, is reassuringly direct and decided in its narratorial judgments.
Reread the beginning of Pride and Prejudice, on the other hand, and matters begin to seem far less clear cut. Take that famous opening sentence, for example: "It is a truth universally acknowledged, that a single man in possession of a good fortune, must be in want of a wife." Readers have long noted that, as a statement, it's far from "universal"; rather, it's a prime example of the technique, with which Austen experiments from the later parts of Sense and Sensibility onwards, of "free indirect style", in which characters' subjective opinions are presented as if they were external judgments. And after all, whose opinions are being presented here? The more one reads of what follows in the novel, the more it looks as if a chapter that closes with a putdown of Mrs Bennet might also begin with a sentence that channels her thoughts. Nor is this the only incident where the reader is obliged to take on Mrs Bennet's restricted views; compare the verdict on Darcy's standoffishness at his first public appearance: "His character was decided. He was the proudest, most disagreeable man in the world, and every body hoped that he would never come there again" (prominent among this "every body" being Mrs Bennet, of course).

Why, then, might Austen feel the need to let Mrs Bennet so far into the narrative texture of a novel that clearly sees her as an object of ridicule? Her track record in Pride and Prejudice is not great, given that she tries to strongarm Elizabeth into accepting the odious walking cliche that is Mr Collins, as well as encouraging the very flirtatiousness that results in Lydia's elopement with Mr Wickham (presumably because she sees in her air-headed youngest daughters a reflection of her own past self). One explanation, I think, can be found in Austen's employment of the word "business". In this light, Mrs Bennet can be seen not as an aberration within the world of Pride and Prejudice, but more as an excessive, pathological response to a genuine social grievance. For, to someone in Mrs Bennet's modest social and economic position, getting that many daughters married off would indeed have been a serious business – especially considering the institutionalised iniquity of a family inheritance entailed away from the female line of succession.

Austen's art as a whole is an extraordinary aesthetic response to a whole set of contemporary constraints and pressures, whether those pressures be sexual, economic, or simply the claustrophobic atmosphere of populated social spaces; and if Mrs Bennet is sometimes unbearable, she's also the symptom of larger causes that are even less bearable. Austen couldn't avoid them, nor does her fiction try to. And whatever else one might lay at Mrs Bennet's door, she sticks up for her daughters, as when she declares of Mr Bingley that "he used my daughter extremely ill … I am sure Jane will die of a broken heart, and then he will be sorry for what he has done". After all, who ever wanted their own mother to be impartial? You might not always want Mrs Bennet in your space, but there are worse people to have on your side.

The full article at The Guardian
Posted by Beattie's Book Blog at 7:26 am