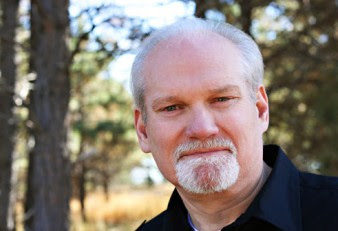 In an about-face, bestselling Christian author Jerry Jenkins, a long-time critic of do-it-yourself books, will help authors publish their works through his new Christian Writers Guild Publishing.
Co-author with Tim LaHaye of the blockbuster Left Behind series, and someone with more than 150 other books to his name, Jenkins said the new venture was the result of an "epiphany." Despite the best efforts of his guild's training, he said, not enough new authors have been able to land deals with traditional publishers, in part because houses continue to insist that authors have a significant "platform." As a result, "good, passionate authors are ignored because they're unknown," Jenkins told PW.
Though having long discouraged new writers from self-publishing because "for too many years so [many self-published works were] awful—poor writing, little editing, sloppy proofing, bad covers"―Jenkins said he realized his school could help. The goal is to help authors "produce books that donn’t look self-published, and at the very least could compete in the marketplace without their having to apologize for them."

Jenkins described the CWG initiative as “[coming] alongside” writers rather than self-publishing, with integral educational and mentoring components. Those applying to the guild's “Published” program must submit part of their manuscript for evaluation. If accepted, they follow a six-month course—costing just under $10,000—that includes mentoring by a published author. Copy-editing, typesetting, proofreading, custom cover design, marketing advice, printing, digital formatting, and e-book file creation in all formats are included in the package. There will be a surcharge for manuscripts over 75,000 words.
“I’m sympathetic to traditional publishers—I used to be one [as v-p of publishing at then-Moody Press]—and understand why they’ve had to become so much more exclusive in their choices,” Jenkins said. “To deserving writers who have suffered from such belt-tightening, our aim is to offer anything but a last resort but rather to help them prove their worthiness in the market.”

Jenkins' “forward-thinking” move was welcomed by Steve Laube, a leading agent who formerly ran ACW Press, one of the first self-publishing services in the Christian market. “It is a natural conclusion to what the guild can offer their constituents,” Laube said, distinguished from other packages because it includes the course work “to bring a level of craft to the process.”
Jenkins acquired the Christian Writers Guild, founded in the 1960s as a correspondence course, in 2001. There are currently some 700 members; more than 200 will attend the group's annual Writing for the Soul conference in Colorado Springs, Colo., Feb. 14-17.
Posted by Beattie's Book Blog at 5:25 am