Narcopolis, his woozy tale of opiate addiction in Bombay shortlisted for the Booker, takes $50,000 award 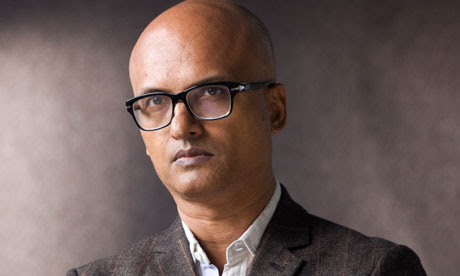 
The chair of judges for the 2013 prize, the poet K Satchidandan, said the winning novel dealt with the complexities of globalisation and the modern world "with extreme verbal artistry and lyrical intensity".

"Narcopolis mixes fantasy and reality to create a powerful story that deals with a less known aspect of life in a metropolis like Bombay," he said, "where episodes collapse into one another as in the tales of Vikramaditya telling an interminable tale about the less fortunate and the less visible human beings of the city."


The novel charts how the opium dens of Mumbai gave way in the 1970s to heroin addiction. A woozy narrative slides in and out of the characters' lives as it tells the story of Rashid's opium house on Shuklaji Street, in Old Bombay. Thayil, a poet and librettist who has spoken previously of the two decades he lost to alcoholism and drug addiction, follows a cast of gangsters, pimps and poets as they struggle with a city changed by modernity.


This was the second time Thayil had found himself on a shortlist alongside Tan Twan Eng – both writers were also nominated for the 2012 Man Booker prize, Eng for his novel The Garden of Evening Mists. The pair were joined on the DSC prize shortlist by Jamil Ahmad, Tahmima Anam, Amitav Ghosh, Mohammed Hanif and Uday Prakash.

Muneeza Shamsie, Rick Simonson, Suvani Singh and Eleanor O'Keeffe served on the judging panel alongside Satchidanandan.
Posted by Beattie's Book Blog at 9:11 am

Narcopolis by Jeet Thayil is one of the worst books I have ever read. Set in 1970's Bombay the book has weird characters and their stories make you puke and ponder if such people do exist in the world. With words in both hindi and english; the author is successful in weaving a hallucinatory novel that takes you to the dirtiest drug snorting dens to shady sex bars. The pages move slowly at times and I must say not worth the dope! DO NOT BUY OR BORROW!

A Caveat: Just in case your willing to take the risk and read this book... ensure you are in a state of trance!