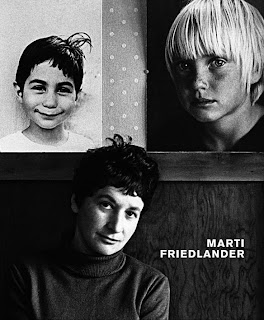 From Maori moko to street demonstrations, from Rita Angus to Norman Kirk, from Israel to Fiji, Marti Friedlander's photographs have pictured the transformation of our lives over the last 50 years. But the photographer has not simply recorded the places, events and personalities of recent history. She has brought to her subjects a distinctive eye.

Now, a landmark book by University of Auckland Associate Professor of Art History Leonard Bell offers the first sustained examination of Friedlander's life and work. Marti Friedlander (Auckland University Press) is illustrated with almost 200 of her photographs, many published for the first time. In a world awash with throwaway images, Marti Friedlander's photographs provide evidence for the value of really seeing, showing how sustained, inquiring and attentive looking by both photographer and viewers can lead us to new truths.

Arriving in New Zealand as an immigrant from England in 1958, Marti Friedlander viewed life through the lens of an outsider. Whether photographing artists and writers or protests and street scenes, her photographs have drawn out key human dynamics , conflict, ambivalence, anger, warmth , by excelling in the photographer's art.

sor Bell says he first saw her work, "quite by chance", at her first exhibition of photographs � of children � at the Wynyard Tavern in Auckland, 1966. He was impressed then and he continued to be impressed when he later saw her photos in her books Larks in a Paradise and Moko. After meeting Marti Friedlander in 1976 when she took a University of Auckland course in Art History, Associate Professor Bell saw more and more of her work. He says it soon became clear she was one of the best photographers working in New Zealand, and he became convinced that a book, particularly with her un-exhibited and unpublished photos, was waiting to be written.

Associate Professor Bell is also the curator of a related exhibition of Marti Friedlander's photographs, Marti Friedlander: Looking Closely. The exhibition will comprise around 50 prints of her photographs, most of which are either un-exhibited or little-known. The show will be mounted from 9 October - 21 November at The University of Auckland's Gus Fisher Gallery (74 Shortland Street).

The exhibition is accompanied by an exciting programme of public events including Marti Friedlander speaking about the exhibition on Saturday 7 November at 1pm.
For more information visit www.gusfishergallery.auckland.ac.nz