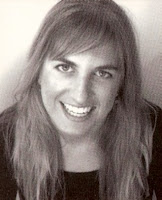 Ms Powles has a Master of Creative Writing degree from Auckland University (2006) and became the Director of New Zealand Book Month in 2008. This year she published her first novel, Weathered Bones, to excellent reviews.

As the Burns Fellow, she plans to write a novel inspired by the life of Woody Guthrie and the international work of Huntington’s Disease expert, and Otago graduate Professor Richard Faull, exploring themes of medical ethics and biology. Ms Powles currently lives in Waitakere and is looking forward to her year in Dunedin, starting in February 2010.

“I am elated to have arrived at this dream scenario of being able to write full time and feast wholeheartedly on words without interruption,” she says.
“The Robert Burns Fellowship is New Zealand’s premier literary residency, and there is something delicious about it being hosted in Dunedin, a city cloistered in vibrancy of student life and yet expansive in its ocean views and commitment to wildlife.”
About the Robert Burns Fellowship:
The Robert Burns Fellowship is New Zealand's premier literary residency.
The Fellowship was established in 1958 to commemorate the bicentenary of the birth of Robert Burns, and it is aimed to encourage imaginative New Zealand literature and to bring writers to the University.
Past fellows include Janet Frame, Roger Hall, Keri Hulme, James K. Baxter, Maurice Shadbolt, Michael King, Ian Cross, Owen Marshall, Ruth Dallas, James Norcliffe, David Eggleton, Sarah Quigley and Sue Wootton.
Charles Brasch, the initiator of the Fellowship, once wrote: "Part of a university's proper business is to act as nurse to the arts, or, more exactly, to the imagination as it expresses itself in the arts and sciences. Imagination may flourish anywhere. But it should flourish as a matter of course in the university, for it is only through imaginative thinking that society grows, materially and intellectually.' (Landfall, March 1959).
Posted by Beattie's Book Blog at 9:49 am