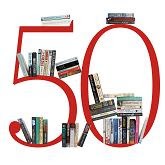 From The Times
September 26, 2009
The Times picks the 50 best paperbacks of 2009
Erica Wagner introduces our countdown of the year’s top 50 paperbacks, and Nicholas Clee explains the history of this revolutionary format
Fifty books — read one a week and they’ll last you nearly a year. Today is the kick-off of The Times WHSmith Paperback of the Year, writes Erica Wagner.
On this page you’ll find all 50 books from which our winner, announced here on December 12, will be chosen. The judges — for the only prize in the UK given to a paperback — are myself, bestselling author Alexander McCall Smith and WHSmith book buyer Sandra Bradley, who have whittled these books down to a shortlist of 12, and chosen a winner, too. Over the next dozen weeks we’ll be counting down to the winning book. But why do we love paperbacks so much?
Nicholas Clee reveals all . . .
When Woolworths went bust last year, the obsequies tended to concentrate on pick’n’mix rather than on the retail chain’s indispensable role in 20th-century literary history. But without Woolworths’ book-buyer (or rather, without his wife), Penguin Books, one of the glories of modern publishing, would have been as flightless as the bird from which it took its name.
Allen Lane, the founder of Penguin, did not invent the mass-market paperback. Cheap paperbacks were available before the 1930s — and you got what you paid for. Legend has it that Lane, returning in 1934 from a visit to Agatha Christie and her husband Max Mallowan in Devon, was so appalled by the fare on offer at the Exeter station bookstall that he immediately determined to produce worthwhile books costing “no more than a packet of cigarettes”.
He recognised that there was a new social atmosphere, defined by J. B. Priestley as one of “arterial and by-pass roads, of filling-stations and factories that look like exhibition buildings, of giant cinemas and dance-halls and cafés, bungalows with tiny garages, cocktail bars, Woolworths, motor coaches, wireless, hiking, factory girls looking like actresses, greyhound racing and dirt tracks, swimming-pools and everything given away for cigarette coupons.” The people inhabiting this world were not affluent, but had some disposable income; they were better educated than earlier generations; and they had leisure time.
Lane believed that the book trade had been “sitting on a gold mine and not known it. It is quite clear that the time has come to wake up to the fact that people want books, that they want good books, and that they are willing, even anxious, to buy them if they are presented to them in a straightforward, intelligent manner at a cheap price.”
The book trade was, largely, appalled at this notion. Cheap paperbacks — Penguins were priced at 6d at a time when most new hardback novels were 7s 6d — would not only be unprofitable themselves, but would also undermine the entire industry. Publishers including Victor Gollancz and Stanley Unwin, the head of Allen & Unwin, refused to sell Lane rights in their books.
Jonathan Cape did agree to conduct business with him, but only because, as he later explained: “I thought you were bound to go bust, and I thought I’d take 400 quid off you before you did.” WHSmith and many other booksellers were similarly sceptical.
Lane was in despair by the time he visited Clifford Prescott, the Woolworths buyer.
Prescott seemed no more enthusiastic than his counterparts had been. But then Mrs Prescott arrived at the office, to meet her husband for lunch. She liked the look of the Penguins.
Prescott changed his mind, and Woolworths ordered 63,500 copies. There was a stampede for the new books, which sold 150,000 copies within four days of publication in August 1935. Within a year, Penguin’s sales were at three million.
Read the rest of Nicholas Clee's fascinating piece of publishing history at The Times online.
THE LONG LIST 50
The Suspicions of Mr Whicher by Kate Summerscale:
Reinvestigation of a killing in an isolated Wiltshire house that became the prototype for the Victorian murder mystery. 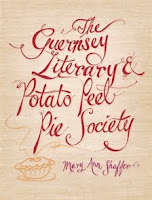 The Guernsey Literary and Potato Peel Pie Society by Mary Ann Shaffer
The White Tiger by Aravind Adiga:
Adiga’s first novel and Man Booker winner is a highly original story about the lengths to which Balram Halwai (the White Tiger) must go to break free of his caste.
Dreams from my Father by Barack Obama
Night Train to Lisbon by Pascal Mercier
Churchill’s Wizards by Nicholas Rankin:
Along with cigars and rallying speeches, Churchill liked deception. Rankin reveals the ingenuity of the men and women who fought Winnie’s secret war.
The Secret Scripture by Sebastian Barry
The Thing Around Your Neck by Chimamanda Ngozi Adichie
Bad Science by Ben Goldacre
Bones of the Hills by Conn Iggulden
To find out the remaining 40 titles link to The Times online.
A quick count showed The Bookman had read only 14 of them!
Posted by Beattie's Book Blog at 12:09 pm

Thanks very much for the nice mention. I should point out that my piece is indebted to Jeremy Lewis's King Penguin: The Life and Times of Allen Lane - my acknowledgement got lost in the editing process.

Has anybody seen the short list? I'm waiting for it....