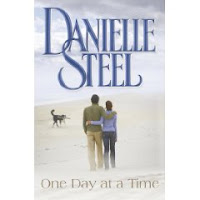 Danielle Steel joins ranks of e-book authors
Danielle Steel, the best-selling author, is joining the ranks of John Grisham and Tom Clancy by allowing 71 of her books to be downloaded digitally.

Story from The Daily Telegraph 20 Feb 2009
Ms Steel said that the books would be released online on Feb 24. The titles include her latest book "One Day at a Time" and other popular works such as "Sunset in St. Tropez," "The Promise" and "Leap of Faith."
Other authors such as Ruth Rendell and Patricia Cornwell have discovered that digital versions of their books are highly popular on Amazon, the retail internet shop, since it launched the Kindle software 14 months ago.
Though costs vary for the digital version of the books, it is still cheaper than buying a new hardback print of any best-seller, as the digital version retails for around $9.99 (£6.70).
At present, publishing houses including HarperCollins, Random House and Simon & Schuster have said that sales of e-books for any device - including simple laptop downloads - constitute less than one per cent of total book sales. But there are signs of momentum. The publishers say sales of e-books have tripled or quadrupled in the last year.
"E-books will become the go-to-first format for an ever-expanding group of readers who are newly discovering how much they enjoy reading books on a screen," Markus Dohle, chief executive of Random House, the world's largest publisher of consumer books, said.
However, Kindle, the software that allows readers to buy digital books on line from Amazon, is still not available for consumers in the United Kingdom. In the US, Kindle users can download e-books over the wireless 3G network, without paying data charges or monthly subscriptions. Several other electronics companies have launched portable e-book readers, including the Sony and iRex.
Posted by Beattie's Book Blog at 7:34 am

It is quite evident that epublishing along with self publishing will dominate how we receive our book content in the future.

I read that of all the books published today only 20,000 title make it to bookstores. The digital age in publishing is gaining speed and it will shift the burden of marketing and success of a book to the author.

The one thing it will open up more opportunities to get published for asprising authors.

Lisette- writers/poets et al arnt hucksters. Which is why
publishers - of one kind or another -will always exist.

And, frankly, any current form of ebook is an expensive
wasteful (think about those batteries) shitty toy.