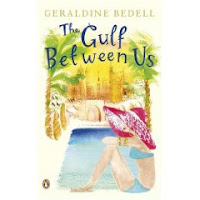 The Emirates Airline International Festival of Literature has defended its decision not to allow Penguin author Geraldine Bedell to launch her new book The Gulf Between Us at the event.
The organisers withdrew the book after discovering the novel featured a homosexual sheikh who had an English boyfriend and was also set in the backdrop to the Iraq war.
Isobel Abulhoul, director, has now issued the following statement: "I have lived in Dubai for forty years. Based on my knowledge of who would appeal to the book-reading community in the Middle East, and having read 150 pages of Bedell’s manuscript I knew that her work could offend certain cultural sensitivities. I did not believe that it was in the festival’s long term interests to acquiesce to her publisher’s (Penguin) request to launch the book at the first festival of this nature in the Middle East."

Abulhoul, who runs Magrudy's Bookshops in Dubai, added: "We do, of course, acknowledge the excellent publicity campaign being run by Penguin which will no doubt increase sales of her book and we wish Ms Bedell the very best."