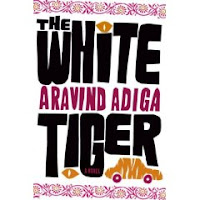 The Commonwealth Writers’ Prize, run by the Commonwealth Foundation with the support of the Macquarie Group Foundation has announced the short lists for the category of Best Book and Best First Book.
The short listed books were selected by a high profile panel of literary names from each region.
In the Canada and Caribbean region, Jacob Ross challenged Canadian domination, with the Grenadian's novel Pynter Bender being the only non-Canadian to be short-listed. With echoes of last year's winning Best Book, The Book of Negroes, Ross's novel tells the story of the birth of a modern West Indian island and the shaping of its people as they struggle to shake off the systems that have essentially kept them in slavery for centuries. In a fitting tribute to the scientific book of the same name, the Canada and Caribbean regional shortlist also features The Origin of the Species, where the main character, a graduate student in Montreal during the 1980s, contemplates Charles Darwin's voyage on the Beagle as one of the world's first backpacking journeys. 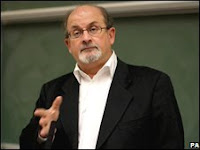 In the Europe and South Asia regional grouping, well known authors Philip Hensher, David Lodge and Salman Rushdie go head-to-head for Best Book.
Rushdie last won the regional Prize in 2000 for his novel, The Ground Beneath Her Feet. Former Pakistan pilot and journalist Mohammed Hanif claimed a place in the Best First Book category with his book A Case of Exploding Mangoes, a novel which takes readers inside the C-130 Hercules in

which General Zia and the former US Ambassador to Pakistan died in a spectacular and still unexplained crash.
South African authors go head-to-head for the awards in all but one of the Africa regional shortlists. Uwem Akpan whose novel, Say You're One of Them, claimed a Best First Book nomination is unique in mixing English, French and local dialects in its narrative, sharing Nigeria's unique mix of ethnicities with the Commonwealth. In the South East Asia and the Pacific category Aravind Adiga claims a double nomination for Best Book and Best First Book, as the talented author produced a second title in the same year after his already acclaimed novel, The White Tiger.
Please click here for the full short lists.

The regional winners that emerge from each of the shortlists will be announced on 11 March 2009. These winners will then enter the final phase of the competition and compete for the overall Best Book and Best First Book award.
The two overall winners, chosen by an international panel of six judges coming together in New Zealand, will be announced on 16 May at the Auckland Writers' and Readers Festival.
Posted by Beattie's Book Blog at 6:33 am