Writers and critics on the best books of 2013 Illustration by Rachel Gannon at eyecandy.co.uk

Five Star Billionaire by Tash Aw (Fourth Estate) is a brilliant, sprawling, layered and unsentimental portrayal of contemporary China. It made me think and laugh. I also love Dave Eggers' The Circle (Hamish Hamilton), which is a sharp-eyed and funny satire about the obsession with "sharing" our lives through technology. It's convincing and a little creepy. 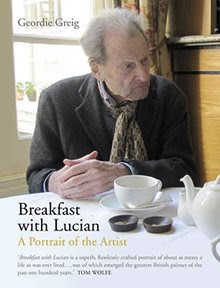 By strange coincidence two of the most intriguing art books I read this year had the word "Breakfast" in their titles. They were Breakfast with Lucian by Geordie Greig (Jonathan Cape) and Breakfast at Sotheby's by Philip Hook (Particular). Greig's fascinating, intimate biography of Lucian Freud was a revelation. Every question I had about Freud – from the aesthetic to the intrusively gossipy – was answered with great candour and judiciousness. Hook's view of the art world is that of the professional auctioneer. In an A-Z format, it is an entire art education contained in under 350 pages. Wry, dry and completely beguiling.

The Compatibility Gene by Daniel M Davis (Allen Lane) is an elegantly written, unexpectedly gripping account of how scientists painstakingly unravelled the way in which a small group of genes (known as MHC genes) crucially influence, and unexpectedly interconnect, various aspects of our lives, from how well we fight off infection to how skilfully we find a mate. Lab work has rarely been made to seem more interesting or heroic. But my absolute book of the year is Philip Davies's hefty, gorgeous London: Hidden Interiors (English Heritage/Atlantic Publishing), which explores 180 fabulous London interior spaces that most people know nothing about, from George Gilbert Scott's wondrous chapel at King's College to L Manze's eel, pie and mash shop in Walthamstow. It is beautifully illustrated with photographs by Derek Randall and worth every penny of its £40 price.

My discovery of the year was Eimear McBride's debut novel A Girl Is a Half-Formed Thing (Galley Beggar Press): in style, very similar to Faulkner's The Sound and the Fury, but the broken ellipses never feel like a gimmick or a game. I was utterly devastated by Colin McAdam's A Beautiful Truth (Granta), and utterly delighted by Elizabeth Knox's sly and ingenious Mortal Fire (Farrar Straus Giroux). My favourite novel for children published this year was the marvellously funny and inventive Heap House (Hot Key), written and illustrated by Edward Carey.
More
Posted by Beattie's Book Blog at 5:48 am