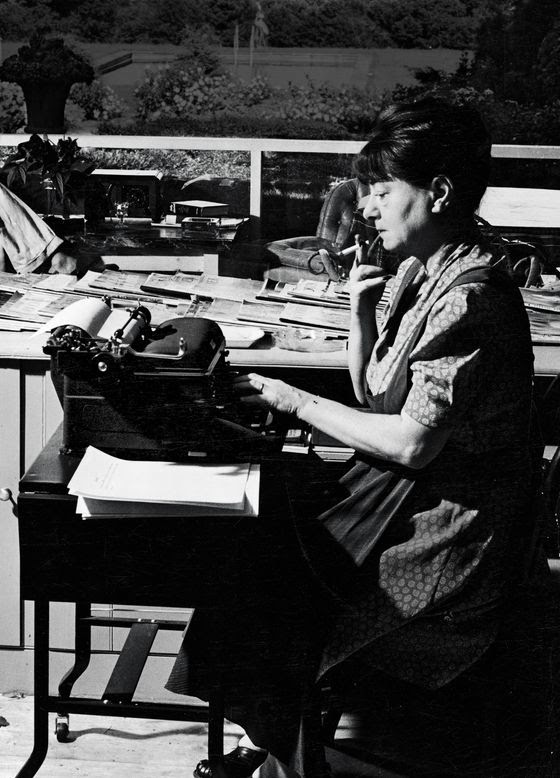 By 1955, the writing careers of Vladimir Nabokov and Dorothy Parker were headed in opposite directions. Parker’s was in a deep slump. The New Yorker—a magazine she had been instrumental in founding—had not published her fiction in fourteen years. Nabokov, by contrast, was becoming a literary sensation. The New Yorker had published several of his short stories as well as chapters of his autobiography Conclusive Evidence and of his novel Pnin. His next novel, Lolita, would bring him worldwide recognition for its virtuosic prose and the shocking story of a middle-aged man’s relationship with his pubescent stepdaughter and her aggressive mother.
It was a manuscript that Nabokov circulated very little because he feared the controversy that would erupt when it was published.

Yet three weeks before Lolita arrived in bookstores in France, where it first came out that September, Parker published a story—in The New Yorker, of all places—titled “Lolita,” and it centered on an older man, a teen bride, and her jealous mother. How could this have come to pass?

Nabokov had initially discussed his forthcoming book with his editor at The New Yorker, Katharine White, in 1953. “Don’t forget,” she wrote to him on ­November 4, “that you promised to let us read the manuscript … Sometimes a chapter or several chapters can be made into separate short stories.” At the end of that year, Nabokov’s wife, Véra, contacted White on his behalf: “He finished his novel yesterday,” Véra wrote to White, “and is bringing two copies, one for you, the other for the publisher. There are some very special reasons why the MS would have to be brought by one of us for there are some things that have to be explained personally.” White and her husband, E.B. White, were away in Maine and missed the delivery, so White suggested that they just mail it to her. But the Nabokovs would not entrust it to the U.S. mail and wanted people who read it to swear to perfect secrecy. “Its subject is such,” Véra explained to White a week or so later, “that V., as a college teacher, cannot very well publish it under his real name …

Accordingly, V. has decided to publish the book under an assumed name … It is of the utmost importance to him that his incognito be respected. He would trust you, of course, and Andy [E. B. White] to keep the secret.”
More
Posted by Beattie's Book Blog at 8:50 am