Writing competition considers the role of science in our future 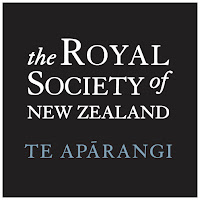 Writers are being invited to submit their thoughts about the contribution of science to the future of New Zealand in this year’s Royal Society of New Zealand Manhire Prize for Creative Science Writing competition.

This is New Zealand’s only literary award for science writing, and carries cash prizes of $2500 for each of the non-fiction and fiction categories. The winning entries will be published in the New Zealand Listener.

The theme for the 2012 competition is inspired by the late Sir Paul Callaghan who saw the transit of Venus in June as symbolising a new chapter in New Zealand’s history.  His vision was to make this country a place “where talent wants to live”. 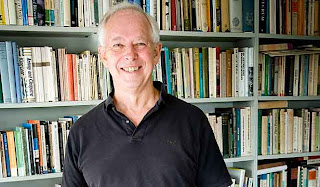 Prize-winning poet and fiction writer, Bill Manhire(left), after whom the competition is named, says: “The Transit of Venus Project was started by Sir Paul soon after he became ill in 2008.  Paul was passionate in his belief that only science and scholarship will achieve our desired economic, social and environmental futures.  As science was intertwined in the history of our nation, so it will forge its future. ”

The writing competition has been running since 2007 and aims to encourage exciting science writing. Entries are judged on their literary merits and how accessible they are to the general public.
Past winners of the competition include Dave Armstrong, Alice Miller and Tina Makereti. This year’s judge is Steve Braunias, author of books and TV series, columnist, journalist and editor.

The Manhire Prize Creative Science Writing competition is a partnership between the Royal Society of New Zealand, the New Zealand Listener Magazine and the Institute of Modern Letters at Victoria University.

Entry forms can be found in next week’s Listener Magazine and on the Royal Society of New Zealand website. Closing date for entries is 5 October 2012.

An e-book of all past winning entries is available from the Royal Society of New Zealand website.
Posted by Beattie's Book Blog at 5:25 pm