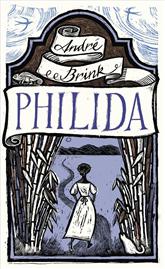 Harvill Secker is bringing forward the release of André Brink’s novel Philida, after it was included in the Man Booker Prize longlist on Wednesday (25th July).
The book was due to be released on September 6th, but has been moved to August 2nd after the announcement raised interest in the novel.
Liz Foley, publishing director at Harvill Secker, said: “We’re delighted that Philida is on the longlist and we’ve had a lot of people contacting us who are eager to get their hands on it. Because of this we’ve decided to bring the publication date forward so we can make it available to everyone as quickly as possible.”
Brink, a South African novelist, has already been shortlisted for the Booker Prize twice, as well as winning South Africa’s CNA Award three times.
Philida is based on the true story of a young woman bought and sold by Brink’s forebears in 1830s South Africa, just before slavery is abolished.
It is one of twelve books on the Booker Prize longlist, with the shortlist die to be announced in September before the winner is revealed in October.