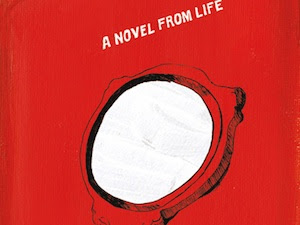 I recently picked up a copy of Sheila Heti’s How Should a Person Be?, out last month from Henry Holt, to find a favorite passage. It appeared at the beginning of the novel’s fifth act, or at least it had in the first copy I had read, a Canadian version published by Anansi in September 2010. But flipping through this new edition from Heti’s American publisher, I couldn’t find it. I felt disoriented and wondered if my memory was failing me, and as I looked more closely at the American version, I saw that much else had changed: passages had been deleted or transposed; new characters appeared; objects changed value and form.

After a few minutes of searching, I found the passage I was looking for. It hadn’t changed much between the first publication and the second, but its new placement left me confused, and surprisingly disappointed. I wanted to find the book exactly as I’d left it, and felt the same as Jonathan Franzen, who recently expressed his misgivings about e-books: “When I read a book, I’m handling a specific object in a specific time and place. The fact that when I take the book off the shelf it still says the same thing—that’s reassuring.” Books often feel like restorative, reliable old friends—and although Heti’s book hadn’t forfeited its material qualities, my assurance of its fixity had been shaken.

Thumbing through my two editions, I looked to catalogue what else had changed. The transcribed conversations—one of the unique structural elements of the novel, from conversations Sheila had recorded of her friends talking—remained largely intact; ditto the e-mails, often written in numbered lists, with loose punctuation and lowercase I’s. But throughout, choppy transitions in the Canadian version—from e-mails to sex scenes to parties to Sheila’s ruminations—had been smoothed into something more fluid; scenes were connected and sequenced, with a discernible beginning, middle, and end. Objects transformed and became more precious: rather than drinking champagne from “two coffee cups” to celebrate her best friend Margaux’s birthday, in the first version, they now sipped from Margaux’s “very best cups.” The cumulative effect was of something more carefully crafted, more rounded and finished. Heti had prettified a raw and occasionally ugly text, and this new version seemed declawed, even buffed to a shine, and had lost of some of the rough edges that seemed so novel when I first read it.

For some writers, a completed book is a discrete, inviolable object. For others, the urge to reread their work with the proverbial red pen is too strong. The prose needs to be trimmed here; a transition snags there. Subsequent iterations can offer a different resolution or style. James Joyce, fashioning his image of the genius-artist, famously reworked Stephen Hero, from an overwrought romantic text into a modernist touchstone. Herman Melville, writing about Moby-Dick, declared, “For small erections may be finished by their first architects; grand ones, true ones, ever leave the copestone to posterity. God keep me from ever completing anything. This whole book is but a draught—nay, but the draught of a draught.” I wondered whether Heti, like Joyce and Melville before her, was wont to revise again and again, glorying in the hard work of her craft—if she imagined many and evolving answers to her book’s evocative question, or if she had finally fashioned a suitable copestone to answer it.
Read the full piece at Paris Review
Posted by Beattie's Book Blog at 5:56 am