The 10 best… closing lines of books

The most memorable literary payoffs, from the chilling to the poetic 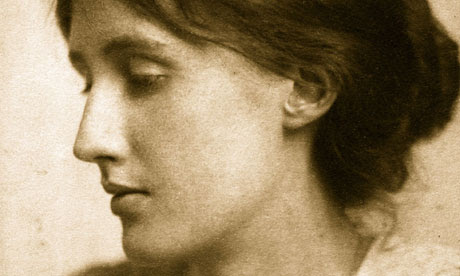 "So we beat on, boats against the current, borne back ceaselessly into the past."
Fitzgerald hypnotises successive generations of readers with this tale. Nick Carraway's signing off after the death of Gatsby is my favourite last line in the Anglo-American tradition – resonant, memorable and profound. It hovers between poetry and the vernacular and is the magnificent chord, in a minor key, which brings this 20th-century masterpiece to a close. Somehow, it sums up the novel completely, in tone as much as meaning, while giving the reader a way out into the drabber, duller world of everyday reality.

"I was a Flower of the mountain yes when I put the rose in my hair like the Andalusian girls used or shall I wear a red yes and how he kissed me under the Moorish wall and I thought well as well him as another… then he asked me would I yes to say yes my mountain flower and first I put my arms around him yes and drew him down to me so he could feel my breasts all perfume yes and his heart was going like mad and yes I said yes I will Yes."
Joyce is the master of the closing line and this is his most famous and most suggestive. Compare it with the end of The Dead, his short story that concludes Dubliners: "His soul swooned slowly as he heard the snow falling faintly through the universe and faintly falling, like the descent of their last end, upon all the living and the dead."

"But the effect of her being on those around her was incalculably diffusive: for the growing good of the world is partly dependent on unhistoric acts; and that things are not so ill with you and me as they might have been is half owing to the number who lived faithfully a hidden life, and rest in unvisited tombs."
Middlemarch is many readers' favourite Eliot novel, with so many quotable passages. This passage is almost a credo – a lovely, valedictory celebration of Dorothea's quiet life, after she has renounced Casaubon's fortune and confessed her love for Ladislaw.


Heart of Darkness by Joseph Conrad

"The offing was barred by a black bank of clouds, and the tranquil waterway leading to the uttermost ends of the earth flowed sombre under an overcast sky – seemed to lead into the heart of an immense darkness."
Conrad's merciless short novel (fewer than 40,000 words) opens on the Thames and ends there, too. The last line of Marlowe's astounding confession is an admission of his complicity in the terrible events he has just described as a reluctant witness. It also executes a highly effective narrative diminuendo in an extraordinary fictional nightmare. Compare George Orwell's chilling return to the status quo in another nightmare, Nineteen Eighty Four: "He loved Big Brother."

Read the rest at The Guardian.
Posted by Beattie's Book Blog at 9:43 am