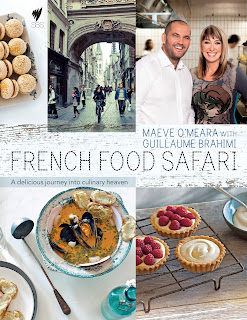 Hardie Grant Book
RRP $55.00
French Food Safari is a celebration of exquisite French cuisine in all its delicious complexity. Maeve O’Meara and chef Guillaume Brahimi explore both Paris and regional France – visiting some of ’s top chefs and providores.
Maeve and Guillaume take us into the ancient cellars below the streets of Paris to meet baker Jean-Luc Poujauran, patissier Fabrice Le Bourdat and the legendary wood-fired oven of bakers Poilâne; on a delicious journey into the fragrant cheese rooms of Laurent Dubois; to the mountains of the Ardèche, the home of prolific cookbook author and chef Stéphane Reynaud; searching for truffles with the Pebeyre family, among groves of oak trees in Périgord; and into the aromatic world of Maison du Chocolat where liquid chocolate is transformed into exquisite sweet delights.
Meet the acclaimed Alain Ducasse, with an unprecedented 19 Michelin stars; the father of modern French cooking Paul Bocuse; legendary chef Guy Savoy, who has restaurants on three continents; and the incomparable king of sweets Pierre Hermé.
’s crème de la crème of French-inspired chefs also feature in this mouth-watering cookbook (understatement), sharing their wisdom and recipes. Along with Guillaume Brahimi they share favourite recipes and introduce the classics of French cuisine.
French Food Safari is far more than a cookbook, it’s a glimpse into a way of life that celebrates one of the best cuisines on the planet – a culture that revolves around sourcing and cooking the best regional produce, and taking the time to sit and enjoy the delicious results.
What a wonderful book, Hardie Grant are superb publishers of books for foodies.

About the authors/photographers
Maeve O’Meara is the presenter of the Food Safari television series watched on television worldwide.
Her life revolves around food – tasting, talking, writing, cooking, filming and simply reveling in the vast array of food and its many amazing incarnations among the cuisines of the world. Maeve is an award-winning food author, journalist, broadcaster, television producer and presenter, who has spent many years travelling and discovering food.

French-born Guillaume Brahimi is one of ’s most acclaimed chefs. He trained under Michelin-starred chef Joël Robuchon in before moving to .
His award-winning restaurant, Guillaume at Bennelong, is in the iconic Sydney Opera House. His other restaurants are in and .
Studio food photography: Gorta Yuuki
Photograph (above): Omid Photography
Photographs of : Oliver Strewe, Gorta Yuuki
Portrait of Maeve O’Meara and Guillaume Brahimi: Peter Collie
Designed by Pfisterer + Freeman

Below three photographs from the book to give you an idea of just how appealing it is! 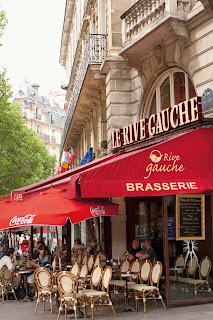 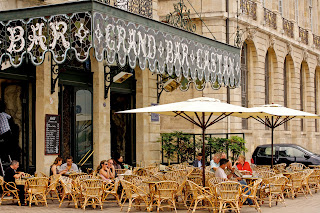 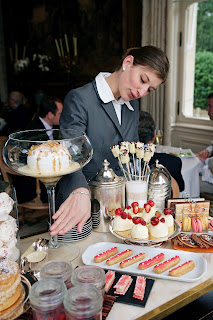 Posted by Beattie's Book Blog at 6:15 am