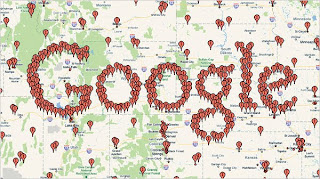 I’m fond of Google, I have to say. I like Larry Page, who seems, at least in the YouTube videos I’ve watched, shy and smart, with salt-and-pepper bangs; and Sergey Brin, who seems less shy and jokier and also smart. Ken Auletta, the author of this absorbing, shaggy, name-droppy book, doesn’t seem to like either of them much — he says that Page has a “Kermit the Frog” voice, which isn’t nice, while Brin comes off as a swaggering, efficiency-obsessed overachiever who, at Stanford, aced tests, picked locks, “borrowed” computer equipment from the loading dock and once renumbered all the rooms in the computer science building. “Google’s leaders are not cold businessmen; they are cold engineers,” Auletta writes — but “cold” seems oddly wrong. Auletta’s own chilliness may be traceable in part to Brin’s and Page’s reluctance to be interviewed. “After months of my kicking at the door, they opened it,” he writes in the acknowledgments. “Google’s founders and many of its executives share a zeal to digitize books,” he observes, “but don’t have much interest in reading them.”

They’ll probably give more than a glance at “Googled.” I read the book in three huge gulps and learned a lot — about Google’s “cold war” with Facebook, about Google’s tussles with Viacom, about Google’s role in the “Yahoo-Microsoft melee” and about Google’s gradual estrangement from its former ally, Apple. Auletta is given to martial similes and parallels, from Prince Metternich in 19th-century Europe to Afghanistan now: “Privacy questions will continue to hover like a Predator drone,” he writes, “capable of firing a missile that can destroy the trust companies require to serve as trustees for personal data.” And he includes some revealing human moments: Larry Page, on the day of Google’s hugely successful stock offering, pulls out his cellphone and says, “I’m going to call my mom!”.

But what Auletta mainly does is talk shop with C.E.O.’s, and that is the great strength of the book. Auletta seems to have interviewed every media chief in North America, and most of them are unhappy, one way or another, with what Google has become. Google is voracious, they say, it has gargantuan ambitions, it’s too rich, it’s too smug, it makes big money off of O.P.C. — other people’s content. One unnamed “prominent media executive” leaned toward Auletta at the 2007 Google Zeitgeist Conference and whispered a rhetorical question in his ear: What real value, he wanted to know, was Google producing for society?
The full review at NYT.
Posted by Beattie's Book Blog at 7:15 am