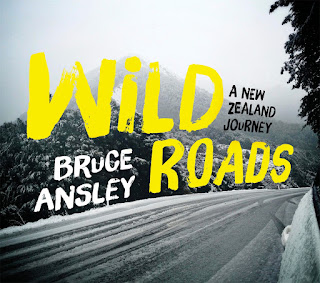 From spectacular coastal highways to frightening alpine passes, back-country bullies to treasured pathways, these are the roads that dictate the terms of everyday life in New Zealand. Wild Roads features 60 of our wildest routes — sometimes a pleasure to drive, other times unpredictable, exposed and treacherous . . .

As the author says, this is not a guide, or a history. It is a story of New Zealand roads and, through them, other stories which show that we're a nation of contrasts. The roads have been chosen not just because they are wild, but because they are wildly beautiful, or lonely, or interesting. The author has driven over them all —most are accessible by the average car, with only a few demanding something more rugged.

Become a tourist in this nation of remarkable wild roads, taking the more indirect and mysterious routes — the high roads, long and winding roads, slow roads, low roads, by-roads, roads to somewhere and roads to nowhere

He has written a number of bestselling books, including Stoned on Duty, the astonishing story of an undercover cop's work and his descent into addiction; A Long Slow Affair of the Heart, a lyrical account of a canal boat trip through France which develops into a journey within a journey as the internal shifts within a marriage threaten to destroy it; and A Fabled Land, the Story of Canterbury's Famous Mesopotamia Station, with photographs by Peter Bush, is a fascinating account of life on the station founded by the novelist Samuel Butler.

His television credits include writing for A Week of It and McPhail and Gadsby.
He has worked in England and New Zealand, in radio, television and newspapers, and for two decades was a writer for The New Zealand Listener before becoming a full-time author in 2007. He has won fellowships to Oxford University and Cambridge University, and a number of journalism awards. .
Posted by Beattie's Book Blog at 11:48 am