Book that will reveal the truth about Camilla

By Andrew Pierce for the Daily Mail

Earlier this month, David and Samantha Cameron had an audience at Clarence House with Prince Charles and the Duchess of Cornwall.
The Duchess and Samantha get on famously. Mr Cameron will, of course, have a key diplomatic role, if he happens still to be PM when Charles becomes King, over whether Camilla will be Queen.
The sensitive issue of the title is likely to be examined in the first authoritative biography of Camilla. 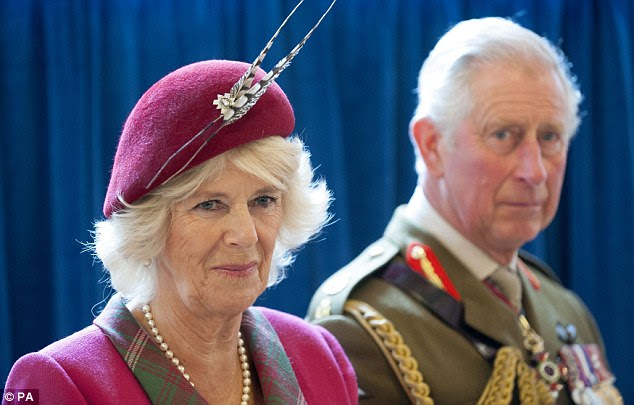 Copy link to paste in your message
+3
Privately, Charles was known at the time to hope public opinion would eventually enable Camilla to be crowned Queen by his side
Commissioned by HarperCollins, it is being written by Penny Junor, the respected royal biographer, who has already penned acclaimed books on Prince William and Prince Harry.
She is currently working on a biography of the hard-working Princess Basma, sister of the late King Hussein of Jordan. The sympathetic but no-holds-barred biography of the former Mrs Parker Bowles will chart her childhood, marriage to Andrew Parker Bowles, and relationship with Charles, which resumed during his unhappy union to Diana.

Read more: http://www.dailymail.co.uk/debate/article-3251510/ANDREW-PIERCE-Book-reveal-truth-Camilla.html#ixzz3n3Zrk8Zz
Posted by Beattie's Book Blog at 6:50 am