David Ling’s children’s picture book imprint was launched at his local Birkenhead Library in September 2010 with the simultaneous release of The Mountain Who Wanted to Live in a House (Maurice Shadbolt and Renee Haggo), A Dog Like That! (Janene Cooper and Evie Kemp) and Farmer Beetroot’s Birthday (Dorothy Butler and Lyn Kriegler).
There are now 28 titles in print and the growing list has received a number of awards and shortlistings. His ‘ducklings’ have been received with very good reviews and comments.

Selling overseas rights was always part of the plan and, while this started slowly, David has now concluded more than 30 rights deals, principally to Mainland China and North America. 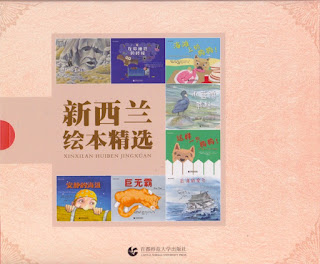 Recent highlights have been seeing eight of the titles sold to China being published there in an elegant slip-cased set Xinxilan Huiben Jingxuan (The New Zealand Picture Book Selection) and the sale this year of a number of titles to North America including Muddle & Mo (Nikki Slade Robinson) to Houghton Mifflin Harcourt.

‘It’s been hard work but also quite satisfying,’ he says, although he adds that ‘now the imprint is becoming better known I’m getting a rather daunting 300 plus manuscripts a year, including a few from overseas. Sometimes it’s hard to keep up with them all.’ 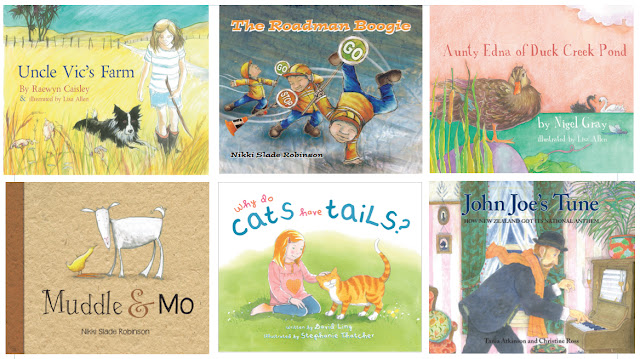