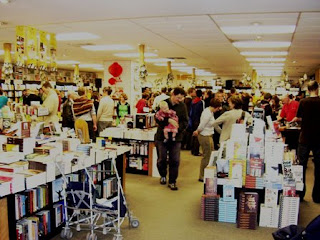 UNITY BOOKS HAS A GREAT YEAR

In an online poll customers voted Unity Books the Best Shop in the funky 2007 Wellingtonista Awards. The second endorsement was from a random survey of Consumer members, who gave Unity Books 99% for customer satisfaction.

Manager and co-owner of the Willis Street bookshop, Tilly Lloyd said “we have had many awards over our 40 years of trading, and they all give us a huge boost, but the customer awards are the most important to us”.

She said “At a time when we face extra squeeze from the multinational chains, and also with the disruption created by a construction site just through our fiction wall, we are pleased to remain so close to the hearts of our customers”.

Unity Books is the Festival Bookseller for New Zealand Post Writers and Readers Week next March. Lloyd said that people are already getting a head start on the new books by the international authors – which include poet Paul Muldoon and novelist James Meek.

The shop’s bestseller this December is How to Watch a Bird by Steve Braunias published by Wellington independent publisher, Awa Press.