This week, all I can suggest is books you can't go wrong with. Any of these would be lovely last last last minute presents, if you could bear to give them away. They are books for sharing with others: a cookbook, a quiz book, an audio book, a catalogue of nostalgic illustrations from one of the best art shows in London. Oh, and a beautiful seasonal pop-up book which has to be read every year, just after the stockings have been hung up by the fireplace.
The Night Before Christmas by Clement Clarke Moore, with pop-up illustrations by Robert Sabuda (Simon & Schuster £19.99)
"Not a creature was stirring, not even a mouse." St Nicholas pops in and out of the chimney, beds fold out, a window shade rises and falls, and, in a clever nod to Moore's classic poem, it's a family of mice who are receiving St Nicholas's nighttime visit. Children will love the book's pop de résistance, in which the lead reindeer nearly fly up your nose. Or knock you off your stool, depending on how close you are to the page.... 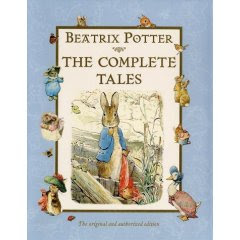 Beatrix Potter: The Complete Tales (Frederick Warne £20)
The Tailor of Gloucester is the one to play now - it kicks off with wonderful carol singing and has a plot which should warm the heart of every over-worked wage slave. Be sure to buy the right version of the tales: this one, whose narrators include Patricia Routledge, Timothy West, Rosemary Leach and Michael Hordern, is complete and unabridged, containing every Potter tale, from The Tale of Tom Kitten to The Tale of Mr Tod. There are six CDs in the set, and all are beautifully produced, with wonderful music to accompany the words: hours of happiness. 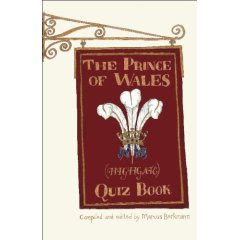 The Prince of Wales (Highgate) Quiz Book by Marcus Berkmann (Hodder £8.99)
Simply the cleverest and most ingenious quiz compilation around. I took a scratch quiz team to the launch - at the Prince of Wales pub in Highgate, naturally - and was roundly humiliated. Could I name the first six Blue Peter presenters? Nope. Nor did I know what was surrendered to Lieutenant General Tomoyuki Yamashita on February 15, 1942. Please don't write in with the answers: it's bad enough being wrong without everyone else being right, too.

The Age of Enchantment: Beardsley, Dulac and their contemporaries 1890 -1930 (Scala £25)
If only I owned just one of the books featured in this catalogue, which accompanies the Dulwich Picture Gallery's dreamily gorgeous exhibition of the golden age of illustration. But even though originals of Edmund Dulac's The Sleeping Beauty and other Tales (1910) cost a king's ransom, we can still enjoy the beguiling beauty of his work, and that of Arthur Rackham, Kay Nielsen and their followers. This is not a catalogue which will appeal only to connoisseurs - though the text, by curator Rodney Engen, is good. It's one to spread out on your lap, with a small child next to you. 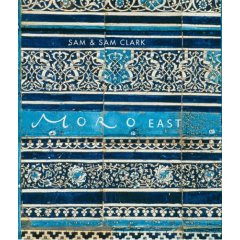 Moro East by Sam and Sam Clark (Ebury £25)
When cold sprouts are too depressing to contemplate, turn to the pictures in this ravishing cookbook instead. The authors use produce from their London allotment as the basis of their recipes. Everything is interesting and inspiring - and makes you long for spring, the feel of damp earth under the fingernails and the snap of a fresh peapod.
Posted by Beattie's Book Blog at 4:42 am