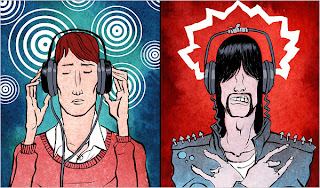 Classical Music
A Patience to Listen, Alive and Well
By ANTHONY TOMMASINI
Published New York Times: December 30, 2007
REPORTS about the diminishing relevance of classical music to new generations of Americans addled by pop culture keep coming. Yet in my experience classical music seems in the midst of an unmistakable rebound. Most of the concerts and operas I attended this year drew large, eager and appreciative audiences.
Consider this: On Dec. 15 the Metropolitan Opera’s first high-definition broadcast of the season, a Saturday matinee of Gounod’s “Roméo et Juliette,” played on more than 600 movie screens around the world to 97,000 people, a new record for attendance in this bold Met venture. O.K., the total doesn’t match the millions who watch rock videos. For all her popularity, Anna Netrebko, who sang Juliette, is not Mariah Carey. But classical music always was and always will be of interest to relatively modest numbers of people.
In recent years a spate of articles and books have lamented classical music’s tenuous hold on the popular imagination and defended its richness, complexity and communicative power. I’m thinking especially of the book “Why Classical Music Still Matters” (University of California Press, 2007) by Lawrence Kramer, a professor of English and music at Fordham University.
Just this month classical music emerged as pivotal to international relations. With the blessing of the State Department, the New York Philharmonic announced that it would present a concert in North Korea during its Asian tour in February. Some consider this plan an outrage that will allow a totalitarian regime to use the Philharmonic musicians as puppets for propaganda. Others see it as at least a chance to pry open a door and share Western culture with a closed society, which is pretty much my view.
Either way, implicit in this plan is the idea that classical music matters. It’s not a sports team or pop group that has been enlisted to begin a thaw with the government in Pyongyang. It’s the musicians of a premier American orchestra.
What effect might this concert have on an audience in a repressive society? To Professor Kramer, as he recently told The New York Times, classical music by definition “is addressed to someone who has a certain independence of mind.” It “almost posits for its audience a certain degree of Western identity, which includes that sense of individual capacity to think, to sense, to imagine.”
Classical music invites listeners to focus, to take in, to follow what is almost a narrative that unfolds over a relatively long period of time. Length itself is one of the genre’s defining elements. I do not contend that classical music is weightier than other types of music. Mahler’s “Resurrection” Symphony is no more profound than “Eleanor Rigby.” But it’s a whole lot longer.
The full story here...........
Posted by Beattie's Book Blog at 2:46 am