In Britain and especially abroad, ebooks are booming

Thanks to anti-piracy and price comparison websites, the ebook market is looking healthy 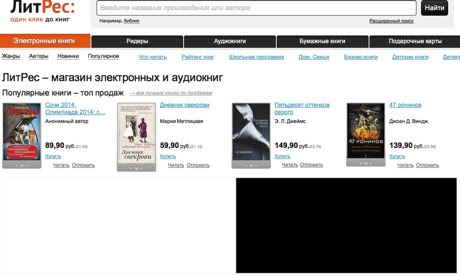 Over the past year, more and more people have been reading ebooks. Hardly a surprise, but after years of hand-waving by enthusiasts and detractors, we're finally getting to the point where we can actually measure what's going on. We can see, for example, that in 2013, Russia overtook the UK to become the world's third largest ebook market after the US and China – largely thanks to a site called LitRes, which was founded in 2006 with a stated mission to fight book piracy. Before LitRes, the only ebook market in Russia was the black market. Today, LitRes is the only serious seller on the market. A similar effect can be seen occurring in Brazil and China and elsewhere.

As ebooks find more and more readers overseas, they might at first seem to have slipped a bit over here – an industry report last summer showed growth apparently slowing. But the analysts Nielsen attributed that to the extraordinarily high sales of the previous year – aka the Fifty Shades effect. Discounting that bubble, they predicted that 2014 would be the year when fiction ebooks overtook sales of fiction paperbacks – not least because sales of hardback and paperback novels are falling even faster than sales of fiction ebooks are rising.

Finally, book comparison site Luzme, which allows consumers to search across multiple bookstores for the title they want – a kind of literary Comparethemarket – revealed that British ebook buyers are more parsimonious than their US counterparts, overwhelmingly preferring books for less than £1 and almost nothing over £5. Not surprising when you've got the likes of Sainsbury's offering hundreds of books for 99p – but the fact that British readers are buying ebooks in droves from supermarkets implies a pretty healthy market,
Posted by Beattie's Book Blog at 6:04 am