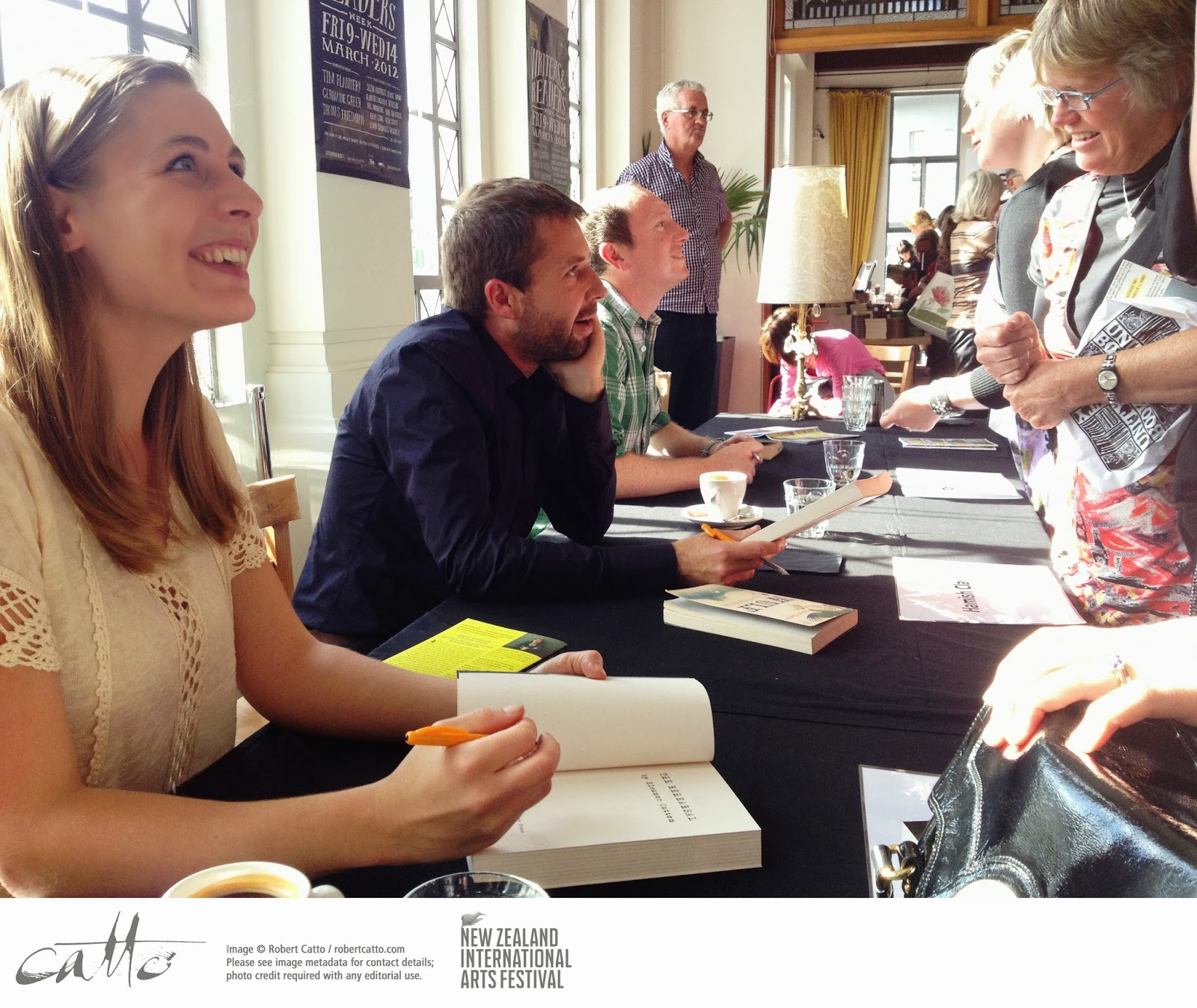 From New Zealand’s own Man Booker Prize-winner Eleanor Catton (above foreground, photo by Robert Catto) to a cast of international authors,  130 of the world’s finest writers and thinkers will converge on Wellington to take part in the biennial New Zealand Festival Writers Week from 7-12 March 2014.

The full Writers Week line-up was announced yesterday and is the first curated by Writers Week Programme Manager Kathryn Carmody.  Featuring novelists, poets, journalists, children’s book authors, academics, scientists, economists and theologians, 2014 Writers Week explores key issues that shape our world today.
“Just two words embody the vision for this year’s programme: identity and community,” says Writers Week Programme Manager Kathryn Carmody. “Writers Week is a great opportunity to get together, stimulate our minds and let our imaginations run free, as some of the world’s greatest thinkers and communicators discuss the preoccupations of our time.”
“Given the varied line-up it is hard to know where to start with recommendations, but you can expect a thought-provoking hour from Schindler’s List writer Tom Keneally, critic and hilarious wit Terry Castle, “reformed atheist” Francis Spufford, Two Little Boys writer Duncan Sarkies and top economist Loretta Napoleoni,” says Carmody.

Along with the more than 50 daytime sessions at the Embassy Theatre and Hannah Playhouse, the New Zealand Listener Late Sessions are new early evening events at the Embassy that will bring high profile authors Jung Chang (Wild Swans), astrophysicist  Marcus Chown and author Tom Keneally to large audiences outside the working day.  Other new initiatives includes workshops for developing writers, illustrators and readers, book launches open to the public, and even a sleepover at Te Papa for young booklovers.

Touted as one of the most vibrant new voices in American literature, Flamethrowers writer Rachel Kushner comes highly recommended, as does the writer/illustrator of Are You My Mother? Alison Bechdel, especially for those interested in feminism, identity and empowerment.  There is also a wealth of Kiwi talent to enjoy, including Jill Trevelyan (who has just published a biography of iconic Wellington art dealer Peter McCleavey), Te Radar and The Luminaries author Eleanor Catton, who will deliver the 2014 New Zealand Book Council Lecture.

Bookmark, Take Five Pass Holders and Friends of the Festival can purchase tickets to Writers Week from Thursday 31 January.  Bookings are open to the general public from 9am Friday 7 February.
Tickets available from Ticketek, and more details on the Festival website festival.co.nz.
Posted by Beattie's Book Blog at 1:24 pm