Booker prize head judge Peter Stothard says book blogs harm literature, but a blog can explore a work at length and give coverage to books other than the newly published 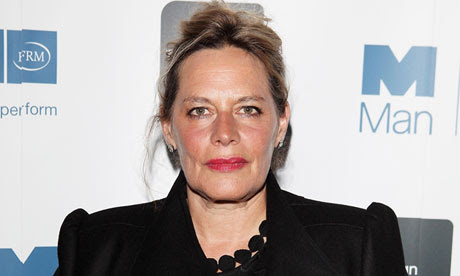 Yesterday Sir Peter Stothard, editor of the Times Literary Supplement and chair of the judges for this year's Man Booker prize, hit out at book bloggers. The rise of blogs will, he says, be "to the detriment of literature". They are in competition with "traditional, confident criticism" and the end result will be that "people will be encouraged to buy and read books that are no good, the good will be overwhelmed, and we'll be worse off". Who is the we to whom he refers? And is he right? Are bloggers merely self-published critics, facing as much of an uphill battle for respect as self-published authors? Are they insufficiently authoritative and rigorous, too in thrall to the latest book-with-buzz, too easily swayed by publicists' puff?

He's got a point. Anyone can start a blog. Bloggers are not commissioned, not edited, don't have to be good enough at it to earn money from it. But these are strengths as well as weaknesses: no limitations based on what a literary editor has space for, or a taste for; no need to turn them out at a certain rate to earn a living; and they must earn their own readership, with no support structure. The expected response to Stothard's comments would be: Of course there are inessential blogs, just as there are inessential literary critics. Hasn't he heard of Sturgeon's Law? But Stothard seems to reject that too: "Not everyone's opinion is worth the same. [A]s much as one would like to think that many bloggers' opinions are as good as others. It just ain't so."

I wonder, then, if Stothard can have read This Space by Steve Mitchelmore (Britain's first book blogger), or Mark Thwaite's ReadySteadyBook (which carried the best critical response to Enrique Vila-Matas's novel Dublinesque that I saw, online or off), or Max Cairnduff's Pechorin's Journal, or Kevin from Canada, or dozens of others that I visit regularly. Here are skilled reviewers offering thoughtful, informed criticism of a wider range of books than any traditional literary publication. What blogs can give readers is a sense of trust that, in professional circles, only the biggest lit-crit names – such as James Wood or Michiko Kakutani – can attain: a "criticism with personality". They are expressing opinions about books in particular, and literature in general, based on a particular life of reading, written in a critical but non-technical language. What they can also give, crucially, is attention to books other than the newly published.

I have an interest here, as I too run a blog, but I don't feel myself to be naturally in opposition to Stothard. I agree with his comments in support of his panel's Booker shortlist: "If the English novel does nothing to renew the English language, then it really doesn't do anything. The great works of art have to renew the language in which they're written. They have to offer a degree of resistance." That's why I do my best on my blog to champion books which I think are important because they do make language new, such as Keith Ridgway's Hawthorn & Child or Hugo Wilcken's Colony. These are, typically, books that struggle to attain coverage in the traditional outlets for literary criticism. (Hawthorn & Child got a 350-word "in brief" review in the TLS, a publication which dispensed with its fiction editor last year.)
More at The Guardian
Posted by Beattie's Book Blog at 12:50 am