Ramblings of a much published New Zealand author 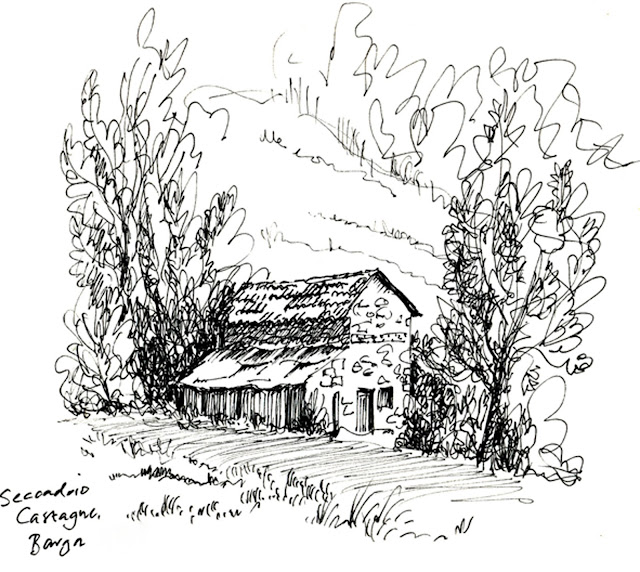 I went for a walk up the chestnut-wooded hill behind the casa Chiesetta and found this barn-like structure in a clearing. While I was doing the drawing, sitting on a fallen tree trunk, I heard a shout and an angry looking man appeared running across the track waving his arms and shouting at me. Nervous, I waited until he came up to me then I showed him the sketchpad. He relaxed and smiled.

'Come si chiama quello in Italiano?' I asked him, 'Seccatoio castagne,' he replied, patted me on the shoulder and strode away.

I don't know what he was concerned about but I was clearly not the threat he'd inferred.

I wrote down 'Seccadoio castagne' on the pad. Later I discovered the correct spelling. It was a chestnut drying house.