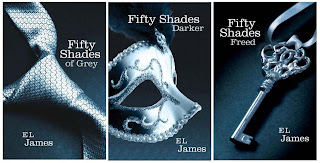 Karen Ferns, MD Random House New Zealand, said it was a victory for common sense and freedom of expression.

She said: "To have restricted publication would have put New Zealand out of step with comparable democratic countries such as the UK, Australia, Canada and the United States. Books with similar levels of explicit sexual content have been available for years.”

"This is a victory for common sense and freedom of expression and I am delighted that the OFLC has recognised that Fifty Shades of Grey is firmly embedded in popular culture and has decided to let it remain freely available."

Karen added:  "Whilst Fifty Shades of Grey has allowed women to speak about sex in a socially permissible way it is, first and foremost, a love story. It has touched a nerve shared by millions of people, speaking to them about a range of issues that affect their lives."

"Fifty Shades is a hugely popular publishing phenomenon which is being discussed in media and around water coolers across the world. It is also empowering people - particularly women - to talk frankly and think creatively about sex."

Combined sales of the physical and eBook in New Zealand have been over 350,000 copies
and 40   million have been sold in (English language editions) around the world.

In New Zealand, Fifty Shades of Grey has been on the international fiction bestseller list for 20 weeks, including 16 weeks at number one.

More than 2,000 readers are reportedly on Auckland Library's waiting list for the books
Posted by Beattie's Book Blog at 1:35 pm