As British expressions go mainstream, it may help to make living with the language police in my own house less exhausting 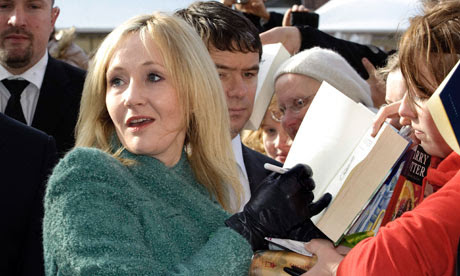 And though I generally try not to be "chippy" about the widely held view that my countrymen and women are bunch of rubes and yahoos – on display most recently in Downton Abbey, where Shirley MacLaine's caricature of a rich American finally drove me out of the room with annoyance – whenever I am asked to assent to the proposition that American influence is driving the English language to hell in a handbasket, my response is: get over it!

Well, that's the polite version. I mean first of all, when did the British need any help from anyone else with being vulgar? Ever heard of Geoffrey Chaucer? And second of all, just as I hope we are properly grateful for the immense linguistic riches bequeathed to us by Shakespeare and the committeemen who wrote the King James Bible (and no, I'm not being ironic. Americans don't do irony – or so my children tell me), so you ought to thank us for the swell examples of colloquial communication found in Hollywood films like His Girl Friday or Bringing Up Baby. I mean what's not to like?

But are you grateful? No way, Jose! There are exceptions, of course. James Joyce had Molly Bloom schlep around Dublin in 1922 – but Joyce was an Irishman, and without the Irish (and the Jews and African-Americans) the American slanguage would still be stuck on first base.

Only now the shoe (or boot) is on the other foot. At least that's what the BBC tells us, in a recent report by the magnificently monikered Cordelia Hebblethwaite. It seems that more and more British words are entering the American language. Now of course some Americans have always favoured a bit of British to try and raise the tone of their discourse. We call such people "stuffed shirts", though "toffs" is close enough. Indeed the shame of being seen as a linguistic striver is strong enough that despite 17 years in London, I still cringe at the memory of being caught offering to "hold the lift" for my sister last year.
Read full story at The Guardian
Posted by Beattie's Book Blog at 11:50 pm