This Thursday is the biggest day of the year for publishers as the best-selling authors in Britain, J. K. Rowling and Jamie Oliver, launch their latest books.
With a barrage of expensive publicity, this is a heavily hyped contest designed to extract millions of pounds from a public with less cash to spend on luxuries. 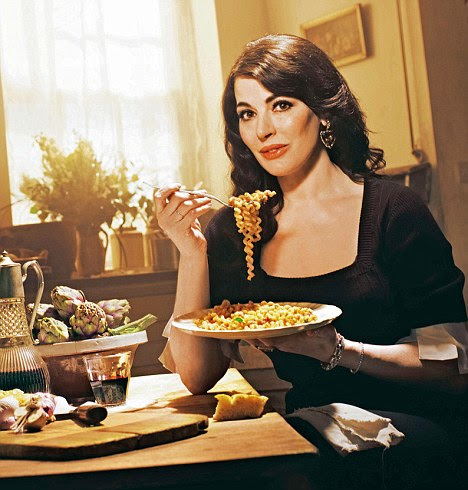 Nigella Lawson, who has come up with a recipe for pizza which uses meatballs as the base

Both pricey volumes are already heavily discounted to seduce us — online, Jamie’s 15-Minute Meals is slashed from £26 to £13, and Rowling’s first novel for adults, The Casual Vacancy, from £20 to £9.86, though you’ll have to pay extra for postage.

I will be buying Rowling’s book out of curiosity, to see if her observations of life in a small town are as spot on as her gift for weaving spells. 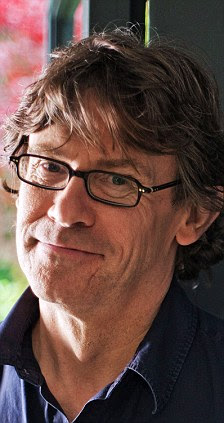 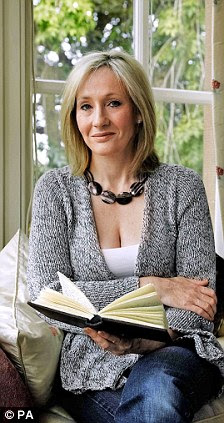 More importantly, I don’t need another jumbo cookery book filled with pictures of food porn. Surely, we’ve bought enough of these already. I must own at least 20. What more can there be left to say about whipping up a quick plate of pasta or cooking a chop?
These lavish cookery books suddenly seem as redundant as a monster handbag, now deemed passé by the fashion police in the age of the iPad-sized clutch.
Yet publishers are still churning them out in all their bloated glory — we’ve just seen the battle of the male and female Nigels, Slater vs Lawson, whose books were offered at £30 (cut to £20) and £26 (reduced to £13).
I used to love Nigel Slater; sadly, now I think he’s having a laugh at my expense.
Are we British so stupid that we need to pay £30 to find out how to make tomato and basil bruschetta (ingredients: tomatoes, bread, basil, olive oil and artichokes), which starts with the order: ‘Get an overhead grill hot’? Surely not.

Posted by Beattie's Book Blog at 2:17 am