Twitter book chat: Hand Me Down World by Lloyd Jones 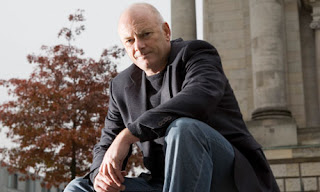 After her child is abducted by her mysterious lover, an unnamed African hotel worker quits her job and sets off across Europe to find him. The story of her journey is told in fragments by the people she meets, and gradually she accumulates a history, a personality and a name. Lloyd Jones's follow-up to his Booker-shortlisted Mister Pip is a novel in mosaic. Does it work? 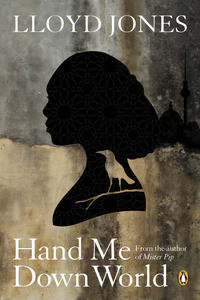 We will be catching up with the New Zealand writer for a podcast interview at point of publication but Hand Me Down World isn't published until mid November, so we decided to use the four weeks before publication to ask readers to form their own opinions as part of a Twitter chat group.
We started by cadging 12 signed copies to give away to our regular Twitter followers and inviting those followers to tweet us their impressions.

All the discussion will happen on Twitter (follow #HMDWchat to see everyone's messages), but we will be displaying some of the tweets on this page. If you would like to join in you can find us on Twitter @GuardianBooks and can also follow me (@CArmitstead) and Guardian fiction editor Justine Jordan (@justine_jordan).