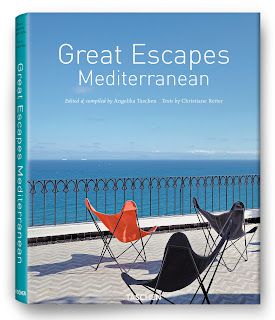 Taschen Publishers has the pleasure of announcing that Great Escapes Mediterranean is the winner of the Villegiature Award 2010: “Best book on hotels published in Europe 2010”.

The 2010 Villegiature Awards were remitted in Paris on the 18th of October 2010 at The Park Hyatt Paris Vendôme Hotel in the presence of major European diplomats, executive managers from leading European luxury hotels, famous architects, VIPs from the worlds of Arts, publishing companies and both French and international media as well as sponsors and partners of the event.

It is the third time that TASCHEN is the winner of this prestigious Award following the Hotel Book 2004 and The Spa Book 2005.

Pictures from the ceremony with be on line shortly on the following links: