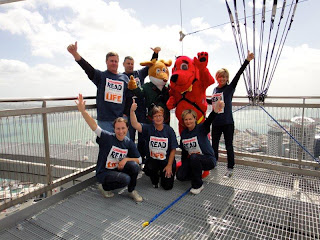 Loved by children worldwide, Clifford the Big Red Dog and Geronimo Stilton kicked off a global literacy campaign by doing a SkyWalk and jumping off the Auckland Harbour Bridge.

The Read Every Day. Lead A Better Life. campaign started in Auckland in a bid to raise awareness about A Child’s Right to Read, an international call to action to encourage everyone to read every day. 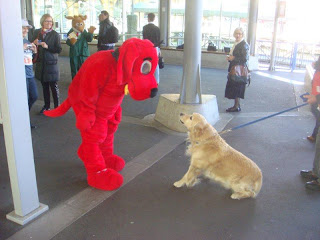 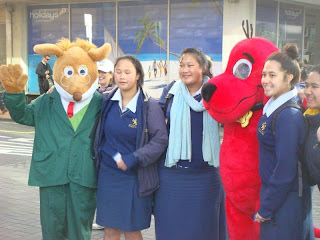 The sight of a big red dog made a golden retriever excited at Auckland’s Ferry Terminal. Clifford and Geronimo then ascended 192 metres up the Sky Tower and, firmly harnessed, walked the 1.2 metre-wide walkway above the city. 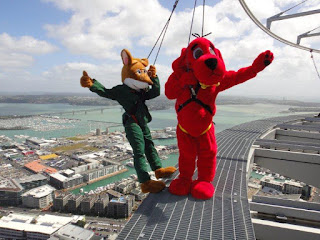 When it came to the bungy-jump, at the last minute Clifford got cold paws and decided he didn’t want to do it, so Geronimo Stilton showed he is an adventurous mouse and jumped in his place. Footage can be viewed on YouTube.

Clifford and Geronimo were accompanied by staff from Scholastic that is celebrating its 90th Anniversary with its global literacy campaign.

Scholastic is spreading the word about every child’s right to read and what that means in the 21st century, from access to books and great stories to the ability to analyse, interpret and understand information in the digital age.