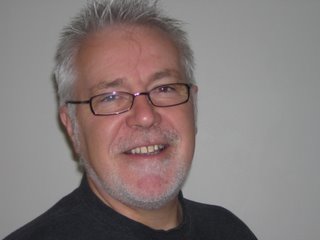 BB
You told us in your address at the launch of your new book that you "visually repatriated John Gully's "Kaikoura Mountains", which was purchased from Gully in Nelson in 1869 by Prince
Alfred, the Duke of Edinburgh, when he was first a member of the Britsih Royal Family to visit New Zealand".
Can you expand a little on this?

CJ
The painting is in the Royal Collection. I was determined to at least
attempt to find unusual and relatively unknown paintings by the better known
artists to add something fresh to the book and to art history and of course
to better market the book - an New Zealand painting in the Royal Collection
would be of interest to a lot of people. I discovered the Gully (and a
Barraud which I did not include) while trawling through the UK collections.
However - and this applies to other questions too - it was not easy to tell
whether the work was good enough to include and in the end I had to take a
punt and committed to get the painting photographed - fortunately it turns
out to be an attractive painting with a great story - see below.
Prince Alfred, Duke of Edinburgh, was the first member of the Royal family
to visit New Zealand when he visited as Captain of the HMS Galatea. The
Duke visited Nelson from 19 to 23 April 1869. There are no surviving records
in either Nelson or the Royal Collection which indicate how the painting
entered the Royal Collection but given Gully’s reputation it can safely be
assumed that the watercolour was acquired by the Duke on the visit. The
first mention of the painting in the Royal Collection is in the inventory of
the contents of Clarence House in 1900 where it is listed as "hanging on the
stairs with the Duke’s paintings by Brierly". Sir Oswald Brierly (dates)
accompanied the Duke of Edinburgh on HMS Galatea and was highly regarded as
a marine painter and ethnographic draughtsman.
The title of the painting is inscribed on the mount and the Royal Collection
catalogue describes it as "A mountain range at sunset, or sunrise". It would
appear to be a view up the Awatere Valley, with Mount Tapuaenuku on the
left. A similar view by Gully of the same date is called Awatere Valley from
Blairich, a station some 15km from Seddon.
Tapuaenuku is sacred to the Rangitane. At 2885m it is the highest peak in
the Inland Kaikoura Range between the valleys of the Awatere and the
Clarence Rivers. Captain James Cook sighted the peak in February 1770,
recording it in his log as "a prodigious high mountain".

BB.
Included in the book is what you call a "superb unknown Matthew Hodgkins of
Milford Sound for which I am beholden to its owner for bringing it ot my
attention".
Does this suggest that there are many more unknown superb pieces out there
hanging on thew walls of New Zealand homes?

CJ
Yes indeed.
There are a large number of fine paintings in private collections. A
careful review of the auction room picture catalogues will reveal that. But
one can only discover the current owners through great effort or luck if you
don't actually know them. I happened to know the owner of the Hodgkins but
had not been shown the painting and it came up when I approached him to
include something else from his collection.
At the very last minute - that is the last day before going to press - I was
able to revise the story about the Worsley of Ruanui Station because I
discovered the owner of the very large painting for which it was a study.

BB
Following your extended and most useful and interesting introduction to the
book you provide readers with notes on the selection process you applied.
Selection must have been an especially challenging task with such a huge
number from which to select? Did you have any sleepless nights over
selection?

CJ
If not sleepless nights, very anxious long days and nights while it was
taking place - some two months at least before it was 80% done - and before
writing a word besides letters and emails - and waking in cold sweats when I
wondered if I had missed something.
In the end there were only a small number of other artists I would have
loved to have included but in all cases I could not find the appropriate
works for which photographs were available.
Having said that, I can't be happier with the selection, there isn't a dud
amongst them. However, there is one very much "out of policy" inclusion
which I challenge your readers to identify.

I can tell you that it is the Hoyte of Taupo and that's because, being
anxious to include a view of Taupo I was directed to this charming view. I
say in my biog of Hoyte that he couldn't possibly have visited all the
places that he painted. In the last days, having photographed and written
the text, I discovered that Hoyte had not only copied the view from the
published engraving after Hochstetter (1867) he had even made a mistake in
his copying and given Taupo a second island, despite the fact that the
Motuoapa Peninsula is identifed in the legend below the picture in the book.
Posted by Beattie's Book Blog at 11:03 am