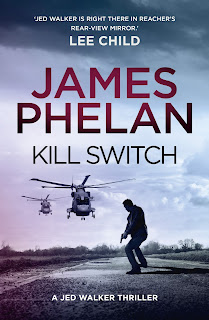 A roller-coaster terrorist thriller from Australia's answer to a post-Osama Tom Clancy. Jed Walker has 48 hours to save the world.

The countdown has begun. The world is under cyber attack. The secretive terror outfit of linked lone-wolf operatives, known as Zodiac, has activated another terrorist cell. Chaos will be unleashed at six-hour intervals, with each event more catastrophic than the last, culminating in a devastating global catastrophe within 48 hours. The options for the hackers are endless: bring down California's telecom system; remote detonate explosives at an army base in Virginia; cause Amtrak's signals to fail; collapse air traffic control in US airspace.

Consequences are unthinkable. The US President has the power to enact the Internet Freedom Act - the 'Kill Switch'. Turning off the Net will stop the attacks, and give the CIA and the Pentagon time to track down those responsible. But it's not that simple. Fourteen people with the key to restart the Internet are missing. The US will plummet into pandemonium if electronic communications cease. Jed Walker, ex CIA-operative, has thwarted Zodiac twice before. But, this time, nothing will prepare him for what he uncovers. Walker has 48 hours.
Posted by Beattie's Book Blog at 8:46 pm