LITTLE DIGGER AUTHOR REVEALS THE OTHER SIDE TO HER ILLUSTRATOR PARTNER 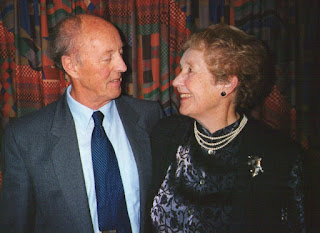 During his lifetime, Alan Gilderdale was best known as the illustrator of the iconic children’s book The Little Yellow Digger. But over much of his career he was also quietly working away in his studio on his first calling – painting. Now his wife and co-creator of the bestselling series, Betty, is setting out to gain the recognition for the artist’s accomplishments he never actively sought himself.

Alan painted consistently and to critical acclaim in New Zealand for more than 45 years, yet his art does not feature in books written about the period, nor did it find its way into any of the major institutional collections. When he died in his late eighties at the end of 2013, he left behind in the couple’s Campbells Bay home a vast cache of paintings, drawings and lithographs, many of which, despite their undeniable quality, had never been shown publicly. Betty and her children have worked tirelessly since then to bring some order to the collection and now, with the help of curator Warwick Brown, the family is staging a wide-ranging retrospective that will open at Northart gallery in Auckland at the end of August. The exhibition and a substantial accompanying catalogue shed an intriguing light on the unassuming artist and the reasons his fine art was largely overlooked during his lifetime.

A graduate of London University’s Slade School of Art, Alan came to New Zealand with Betty and their young family in 1966, first settling in Whanganui, where he taught at Friends School, then two years later moving up to Auckland when Betty was offered a position at North Shore Teacher’s College. Alan spent their first 12 months in Auckland painting full-time, and it was the abstract works he developed during this period in response to his adopted country, and which were the subject of the only major solo exhibition of his career, Visions of a New Land, that Warwick Brown says are particularly significant.

“I firmly believe that one of the works from that 1970 show should be in every major New Zealand contemporary collection – they are that important,” says Warwick.
Alan himself said of these paintings: “When I came to New Zealand I looked at the New Zealand external landscape and didn’t know what on earth to make of it … it drove me inward to the internal landscape to explore. In England I felt the bony structure of the fells—here in Auckland it is hidden from me under the fur and whisker of trees and vegetation. In England I used to paint the external landscape. Now I let subjects evolve by themselves.”

But for various reasons the exhibition at New Vision Gallery in Auckland passed most art collectors by. Not least of these factors would have been that while Alan was passionate about his art, he was uncomfortable with attracting the public attention that was required to get it noticed. The same held for his commitment to Quakerism and his work as an original member of the Foundation for Peace Studies. While he was highly respected for his contributions in both fields, Alan never sought prominent leadership positions, preferring backroom roles.

But that didn’t diminish his strongly held beliefs. Alan had been a conscientious objector during the Second World War, working in the Friends’ Ambulance Unit when called up for service. And in the 1950s he was active in the early Campaign for Nuclear Disarmament, and was arrested along with hundreds of others during a sit-down protest in Trafalgar Square.

Had he persevered with and developed the indigenous themes he’d explored in the Visions of a New Land collection, Warwick believes he could well have joined the ranks of the New Zealand ‘young turks’ of the 1970s. But instead Alan moved on into other styles that drew inspiration once again from his European background, which didn’t have as receptive a market in New Zealand at the time. The responsibility of supporting a family also required him to return to teaching for periods, and then of course there were the demands of illustrating the highly successful Little Yellow Digger series he and Betty had created.

But Alan continued to paint into his late eighties, and so large was the oeuvre he left behind that the Northart retrospective will feature only a portion of the works, and further shows are planned for 2016. But the myriad Little Yellow Digger fans will be pleased to know that the family is also paying homage to this aspect of Gilderdale’s life, devoting a small annex at the gallery to the books’ original artworks and inviting school groups to participate in readings there. And in a further tribute to the 20-year success of the series, publishers Scholastic are releasing a new hardcover treasury containing all five titles, in October 2015. 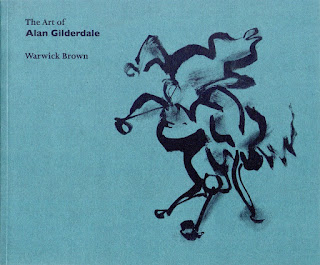 It is not anything new for artists to lack recognition in their own life time. I knew Alan Gilderdale for many years and greatly admired his work. I am familiar with his work both in England and later in Aoteara/New Zealand. This retrospective may alleviate his relative obscurity - I hope so because his was a voice that originally in his adopted land reflected much of the somewhat shadowy menace that I believe lies not so far below the surface of the country. Sudden waters, volcanic activity, tremors and the built landscape combine to remind us of something of the impermanence of human inter-relation with the Earth. Latterly he for some reason turned to what Jung proposed was the link that not only connects all humanity over all time, and this may well have been a reflection of a 'kind of longing' for that other great project which occupied this remarkable man's entire life - peace on Earth and good will to all. I am not able to travel to the retrospective but if it includes works from his English period these will contrast almost violently with the earlier New Zealand work and in my opinion resolve into some kind of peaceful resolution with the last works. I congratulate his family and the Curator for organizing this important retrospective and wish them and the exhibition the very best