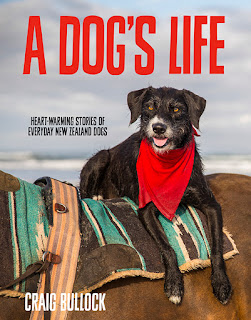 From spending hours trying to get the best shot of three pugs in a row boat, to capturing the special bond between Diamond and his heavily tattooed owner Phillip, this pet photographer is prepared to go that extra step to capture just what dogs mean for their owners.
Now Craig Bullock, from New Zealand, who has been a pet photographer for over 15 years, has released a book, A Dog's Life, and after being inspired by a series he did on animals after the Christchurch earthquake, he decided to take his talent around the country.