Photographer, artist and author John Johnston passed away last week at the age of 96.
John had a long and distinguished career as a photographer and artist - starting out as a street photographer in downtown Auckland using the first Leica camera, establishing Auckland's premiere photographic studio after the Second World War, later picking up paintbrushes to become a commercial artist, and at the end of his life still creating and experimenting with a digital camera and Photoshop.

John published two books: I Didn't Have a Choice (Reed, 2006), the illustrated account of his Second World War service in North Africa and Italy, and the privately published Notions (2011). His last work, 80 Years Behind the Lens: The life story of a professional New Zealand photographer, is now being prepared for publication by his long-term collaborator Martyn Thompson.

Loved by those who knew him, John was a true gentleman and a meticulous craftsman. Our thoughts are with his partner Susan, his friends and family. Rest in peace, John. 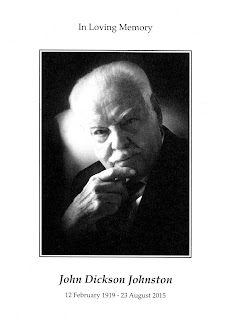